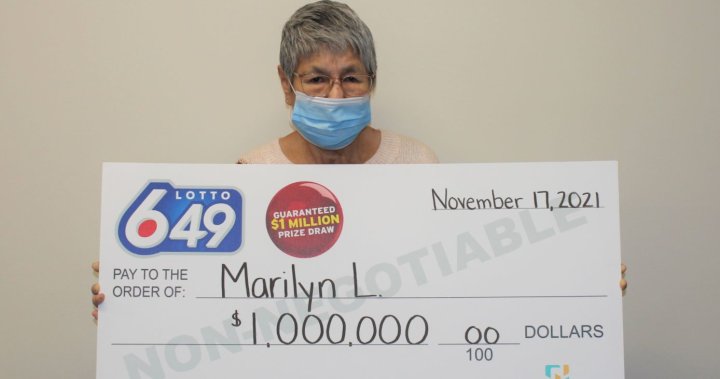 In just over three weeks, three lottery tickets — worth at least $1,000,000 each – were purchased in Saskatoon and have come up winners.

“I was in complete shock,” she said in a statement on Wednesday.

“I had a hard time breathing because I was just so excited!”

The Saskatoon local said she doesn’t have any big plans for her windfall but is looking forward to having less financial stress in the years to come.

There appears to be some luck in and around the Bridge City lately.

On the Nov. 3 Western 649 draw, Brian Taylor won $2 million with a ticket purchased from the Shell Select located at 1828 McOrmond Dr.

Last month, Matthew Poppel also got some good news with a $55-million lottery ticket he purchased at Pinnacle Gas & Food – Faithfull, located at 209A – 2750 Faithfull Ave. Sask Lotteries said this was the second-largest jackpot won in the province’s history.

Another one of Saskatchewan’s newest millionaires won big on a jackpot at Dakota Dunes Casino, which is located 20 minutes south of Saskatoon.

This was also the second time Montgrand won in the casino this year after hitting a $64,550 jackpot in August.