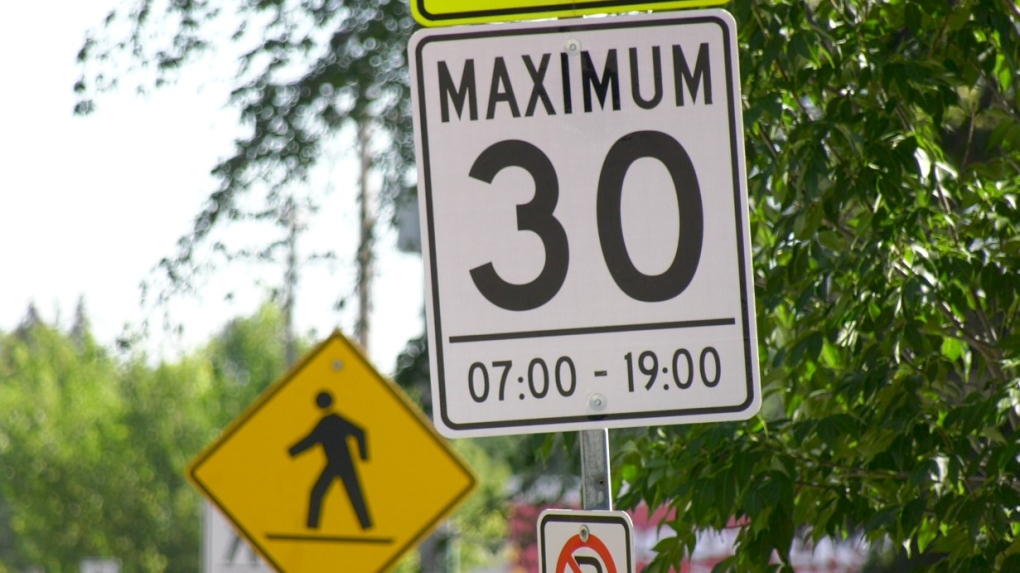 Drivers will have to slow down in school and playground zones as speed limit changes take effect tomorrow.

“It’s critical for people to slow down in these areas where young children play and learn,” Saskatoon Police Service (SPS) inspector Dale Solie said in a news release.

“Initially our focus will be to educate and raise awareness of the school zone and playground changes; however, enforcement will occur where necessary.”

New signs were installed throughout the summer to reflect the changes people can expect.

Speed limits will be 30 kilometres an hour every day, all year round from 7 a.m. to 7 p.m. in elementary school zones. Currently it’s from 8 a.m. to 5 p.m., Monday to Friday from September to June.

Some school zone lengths will be adjusted, the city’s website says.

New for this year, playgrounds will also have a speed limit of 30 kilometres an hour all year round from 7 a.m. to 7 p.m. Playground zones are created for spaces with play equipment or sports fields intended for children 14 and under.

Reduced speed limits have been removed from high school zones, but U-turns are still restricted at all schools between posted school zone signs.

While there are no posted speed limits at high schools, drivers have been directed to treat the signs as a caution and pay close attention, the city says.

Survey data was collected last summer by Forum Research Data, with a sample size of 414, and an online Open Link survey by the City of Saskatoon with 14,970 respondents.

Ward 9 Councillor Bev Dubois says city council heard “loud and clear” that people drive too fast and parents were worried for their children.

“Parents will have a stronger sense of safety for their children as they head back to elementary school and that makes me happy because we want our children to be safe.”