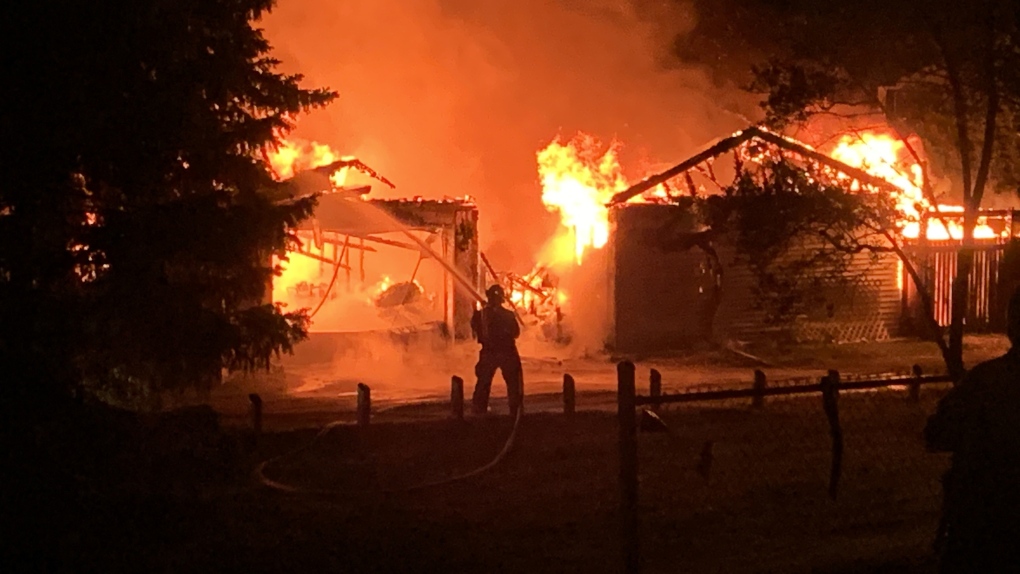 Saskatoon fire crews battled two fires within the span of seven hours; both have been deemed suspicious.

According to Saskatoon Fire Department (SFD), two garages were fully involved in fire.

Flames were seen shooting into the sky and witnesses said several loud bangs were heard as crews attempted to put out the fire.

The fire was brought under control by just after 11:30 p.m., according to the department.

Jack Zhang is an electrician who’s owned the home on Byers Crescent for eight years and says he had over $40,000 worth of equipment in the garage that burned down.

“The thing that first popped up in my head is just call 911,” he said.

Zhang says his wife was in the room in the house closest to one of the garages that were in the fire and his two kids were asleep.

“Sister helping the brother, little brother, dress up and just went outside really quick by the time the fire department has already come over, so thank God the whole family is safe. That’s more important than anything.”

When fire crews arrived, they found heavy black smoke and flames coming from the back of a garage, SFD said in a news release.

A minivan parked near the garage also caught fire.

The fire was brought under control by 6:16 a.m., according to the department.

Fire investigators believe both fires to be suspicious. The investigation has been turned over to Saskatoon Police Service.

SFD said the Byers Crescent blaze was responsible for an estimated $200,000 in damage.

The Avenue G fire resulted in an estimated $20,000 in damage.

The fires come just days after a pair of suspicious garage fires on June 3.

–With files from Blair Farthing.