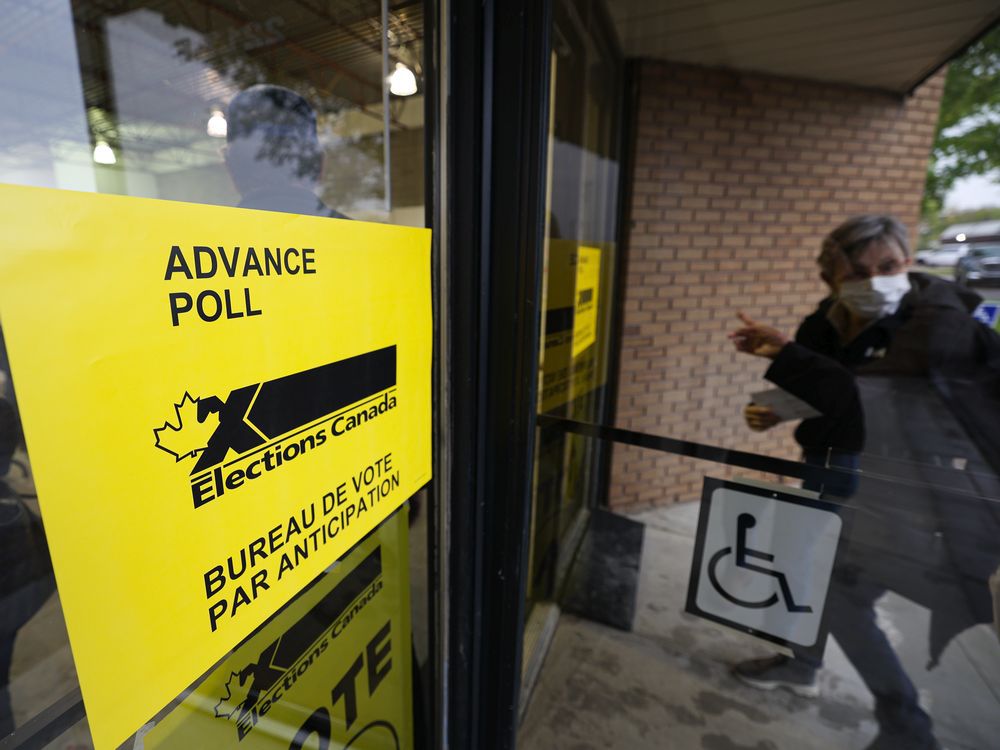 Saskatoon residents arrive right at 9 a.m. on Sept. 10 to cast their vote at one of the advance polls for the federal election. Photo by Michelle Berg /Saskatoon StarPhoenix

Elections Canada says a combination of a snap election and a pandemic caused changes to polling station sites in Saskatoon compared to the 2019 vote.

Overall, there are more election day polling locations in all of Saskatoon’s ridings this year than last time.

Saskatoon West will have 52 — 23 more than in 2019. Saskatoon University will have 38, which is 16 more than last time, and Saskatoon-Grasswood gained eight more polling stations for a total of 38.

Marie-France Kenny, a regional spokesperson for Elections Canada, said in an email that the factors leading to changes of location include leaseholders or landlords being uncomfortable having multiple people entering or leaving a site. Schools have restricted their access and seniors’ residences that were previously used are no longer accessible except for mobile polls for residents. All leased spaces must meet accessibility requirements.

Kenny said the returning officers “were able to turn on a dime and find solutions quickly” and voter information cards were printed and mailed on time as the polling locations were secured.

Greater Saskatoon Catholic Schools said it was able to accommodate all requests to use schools as polling stations, and most have separate gym entrances for voters to use. The division said at locations without separate entrances, pathways will be created to ensure distance is maintained from staff and students.

Vigil set for Saskatoon woman who died in scooter crash