Saskatoon girl ‘combating for her life’ after motorbike T-bone accident 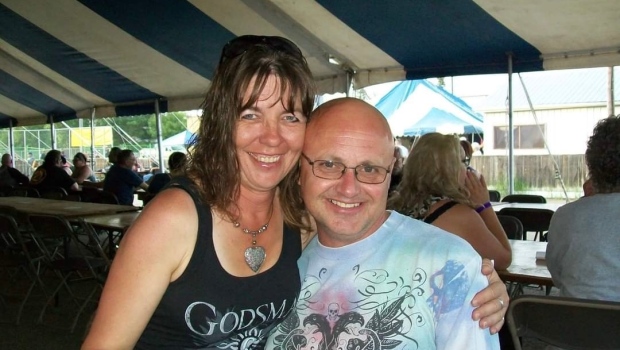 SASKATOON —
On July 16, Joanne Dashney was on the back of a motorcycle with her partner when they were T-boned by a car while driving on a highway leaving Yorkton.

Dashney was airlifted to Regina as she was in serious condition and received emergency surgery, according to her son Justyn.

“They were able to resuscitate her and then we had to wait to fly her to Saskatoon and she’s currently awaiting (more) surgery,” Justyn told CTV News.

Justyn says he was in B.C. visiting friends when he received a call from his brother asking “can you talk?”

“The only other time he’s ever done that was when it was another serious accident with a close friend so I knew it was pretty bad,” he said.

After four days in the hospital, blood clots began to form in Dashney’s lungs. Justyn says one of his mother’s leg is at risk of being amputated and surgery is being delayed until the blood clots get under control.

“We don’t know what surgery she’s going to get anymore, the procedure that they wanted to try to do, they don’t know if they can even do it or get the materials because part of her femur is physically missing, it was dislodged in the accident,” Justyn said.

Dashney was flown to a Saskatoon hospital last week and remains in critical condition.

Justyn started a GoFundMe page called “Help Mama Jo get back on her feet” that states she’s “fighting for her life.” In four days, it’s already raised more than $11,000.

“My mom travels for work which … probably if she did return, will be a very long time down the road, so just to help her cover the costs while she’s in the hospital because we don’t even know when she’ll get out,” he said.

Justyn says he’s happy with the amount of outreach and support his family has received saying he’s received text messages, phone calls and even meals.

Dashney’s partner Murray Neilson is doing “pretty good” but shook up from the accident, Justyn says. However, he had a broken foot, road rash and is currently awaiting an MRI for his shoulder and head.

The driver of the car wasn’t injured in the accident, according to Justyn.

This Saskatoon avenue is dwelling to ‘fantastic’ historic homes