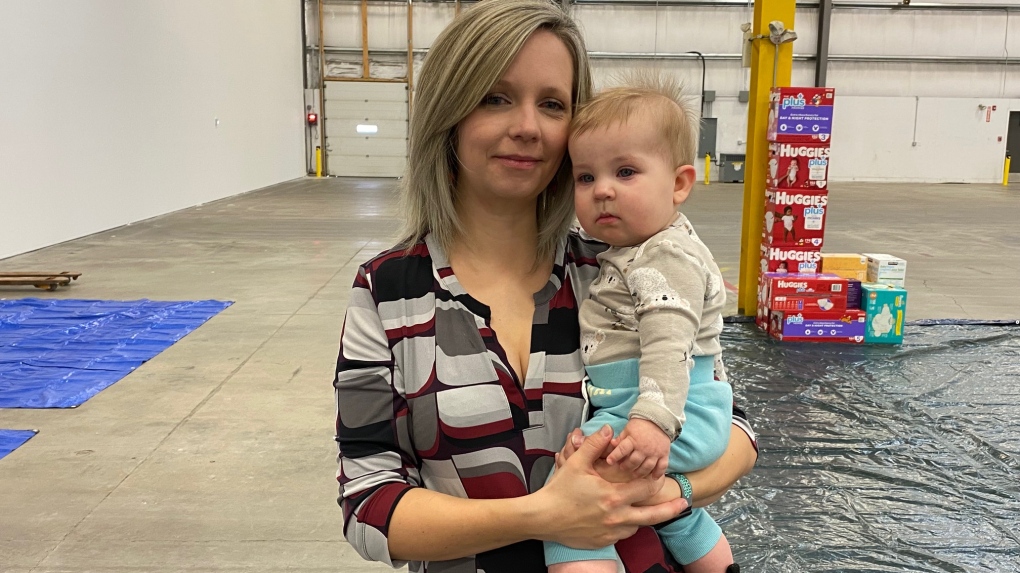 Olesya Hursky is living through a nightmare watching her homeland under constant attack from Russian forces.

Hursky was born in Ukraine and moved to Canada in 2001. She, along with her husband Rostyk, launched Stream of Hopes Aid for Ukraine in 2016.

The couple started the non-profit after reading a story about a child in Ukraine with health complications who was soon to be in an orphanage.

After seven years, Stream of Hopes has shipped 12 tonnes of supplies and raised more than $160,000 to help disadvantaged children.

Since Russia invaded Ukraine a week ago, the charity has used its wealth of contacts to pivot and assist the war effort any way they can.

“When it’s nighttime here, it’s morning time in Ukraine. So that’s when everybody calls in to ask if their families are still alive and how they’re doing,” she said.

“It’s like a worst possible nightmare that you just can’t get out of.”

This week, Stream of Hopes partnered with various Ukrainian dance groups in Saskatoon to double efforts and ask for donations like night-vision goggles, bulletproof vests, boots and helmets for soldiers.

The local dance groups managed to secure a warehouse at 3403 Faithful Avenue where people can drop off donations. Hursky said a trucking company has come forward to offer free transportation to Toronto where the goods will be loaded onto a plane that is expected to take off next Friday.

From there, Toronto-based Meest will send the parcels to Poland where they will make their way to soldiers in Ukraine.

“We might not be able to stop the bombs but we are doing everything else we possibly can,” Hursky said.

“We tell them that the world is on their side. We’ve all come together — rallying together to help them out. It makes surviving through a night of being bombed better because they know that help is on the way and that we are here for them.”

Brainsport owner Bryan Michasiw is a Ukrainian-Canadian who wanted to do more than send money or food. He is hoping he can do a small part to outfit locals wanting to join the front lines.

Brainsport is giving any person who can prove they’re going to join the war a pair of Haix tactical boots that sell for $295 at the store and a pair of socks.

“This boot would probably be one of the best options of the boot to wear in that kind of combat situation,” Brainsport employee Harvey Weber said.

Officers with the Saskatoon Police Service wear the boot, according to Weber.

On Sunday, the Ukrainian government announced the launch of a new branch of the military to welcome any foreigners willing to suit up and fight Russian forces.

Ukraine’s Foreign Minister Dmytro Kuleba encouraged people wanting to join the “International Legion of Territorial Defence of Ukraine” to sign up at their local embassy. 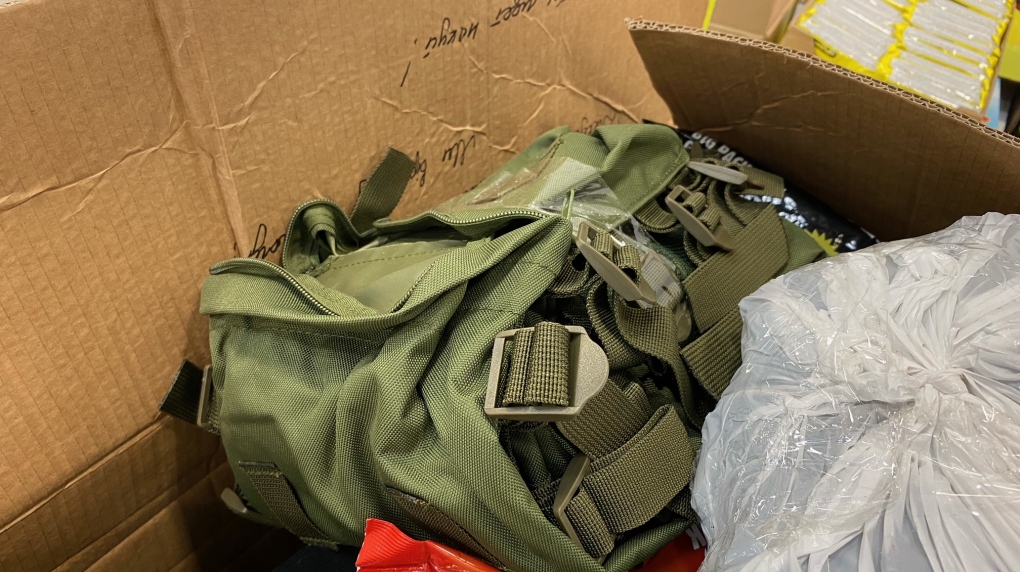 Entry into Ukraine would then be “simplified as much as possible.”

Hursky said soldiers on the ground are facing difficult circumstances as supplies and numbers are being depleted.

“They’re civilian fighters and they just are very ill-equipped for what’s coming to them. Just imagine they’re facing (the) Russian army that’s fully equipped, and they only have Molotov cocktails,” she said.

Hursky has been overwhelmed with not only the amount of support and unity that Saskatchewan has shown, but the handful of men she’s heard of who are trying to get to Ukraine to fight, some of whom have no Ukrainian heritage or ties to the country.

“It’s one thing when it’s your country because you’re going to fight for your land, but people who don’t have a connection to Ukraine — we’re just so grateful because they’re just going to fight for whatever is right. For freedom, for independence,” she said.