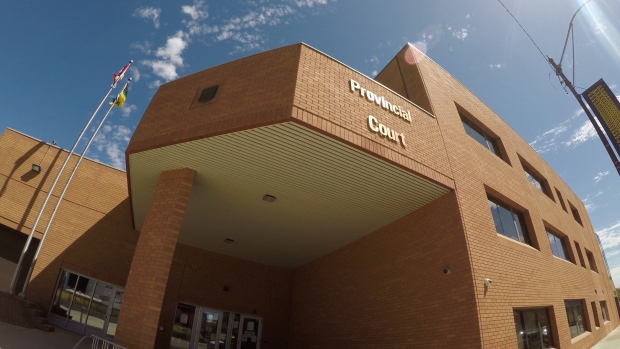 SASKATOON —
Saskatoon Provincial Court heard from a witness at a home in the 200 block of Avenue X North where Winston Littlecrow was shot dead in December 2019.

The accused was 17 at the time and cannot be named under the Youth Criminal Justice Act.

Tamara Bird, who has since moved, says her five children, partner and oldest child’s girlfriend were home when Littlecrow was killed.

Bird told the courtroom her son’s girlfriend’s sister, Eiryn Ashlee Straightnose, saw Littlecrow when he was visiting the home and sent a text to someone with a gun.

On Monday, court heard how months before the night of Dec. 7, 2019 Straightnose was assaulted with a machete by an Indian Posse member.

During an argument Littlecrow exited the home and Bird recalls hearing gunshots and everything “happening so fast.”

She went outside to find Littlecrow’s girlfriend screaming after seeing a body, but not knowing who it was.

Bird told the Crown prosecutor all of her children were arrested, which led to emotional duress and problems.

Bird added she made it known to visitors that gang violence wasn’t tolerated in her home because of her children and remained neutral when it came to taking sides with gangs.