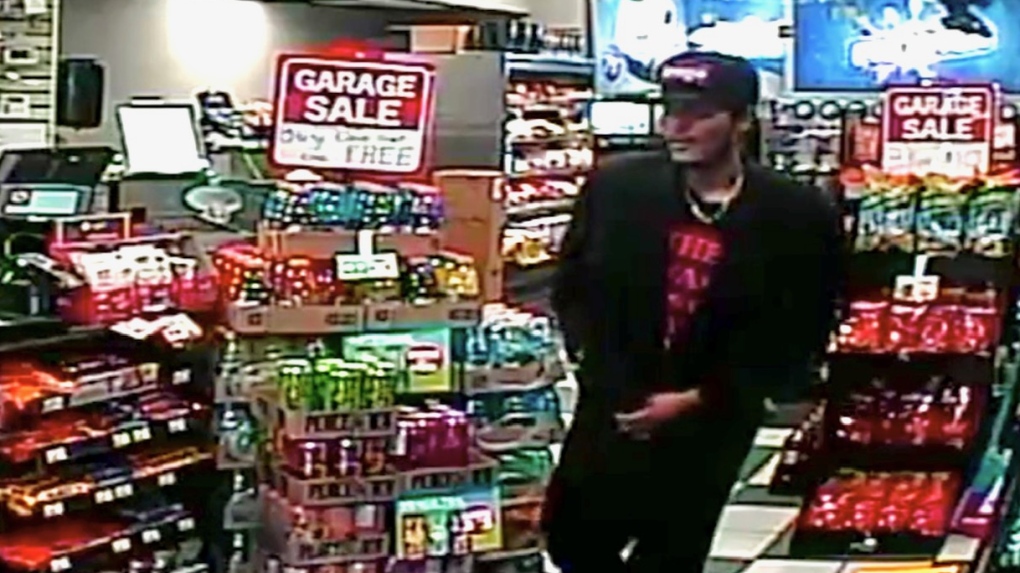 The Saskatoon murder trial of the man accused of killing Richard Fernuk in the summer of 2019 heard closing arguments on Tuesday.

Leo Daniels, 39, is charged with first-degree murder, robbery and unlawful confinement in the death of Fernuk, 68, whose body was found by police on Aug. 3, 2019.

Officers found Fernuk dead in his apartment in the 2200 block of St. Charles Avenue during a welfare check.

Photos submitted as evidence during the trial show Fernuk’s body tied to a chair with cables around his neck with a pair of shorts and underwear stuffed in his mouth.

According to testimony, his apartment was found ransacked with pieces of furniture turned over and a TV which appeared to be stolen. A forensic pathologist testified Fernuk had died of ligature strangulation.

During his closing argument, defence lawyer Blaine Beaven argued that Daniels should not be found guilty of first-degree murder.

Beaven reminded the courtroom that the trial is not about finding out who killed Richard Fernuk, but rather finding out if Daniels was the one who committed the crime.

Beaven argued that the person who killed Fernuck committed first-degree murder — but it wasn’t his client.

He conceded that Daniels could be found guilty of robbery considering he admitted to stealing from Fernuck during his testimony last week.

During Daniels’ testimony, he continuously denied tying up and killing Fernuk.

Beaven told the courtroom how his testimony has a “ring of truth to it” and that there’s no evidence to prove it.

The only piece of Daniels’ DNA found in Fernuk’s apartment was on the hook of a fire poker; however, forensics could not identify what type of cells were found.

No blood from Fernuk or Daniels was also found in the apartment, Beaven said.

Beaven told the court how Daniels was honest when he said he could or couldn’t remember certain details, considering he smoked meth and was drinking the night he met Fernuk.

Daniels also testified he threatened to hit Fernuk with a rock when he stole his phone, and credit cards.

Daniels’ said after he stole from Fernuk he walked away once he “got what he wanted” and didn’t go to his apartment.

Beaven asked if Daniels did rob Fernuk in his apartment, why were there still valuables left in his home?

A laptop, CD player, beer bottle piggy bank and prescription pills were some of the items left behind, he said.

“How is he tied up without any sign of struggle? How did that occur?” Beaven asked the courtroom.

The defence argued Daniels had no signs of injuries or wounds, except his leg from when he was attacked with a machete weeks earlier, which would have come from a fight.

Beaven concluded that it was somebody else who killed Fernuk and not the accused.

Crown prosecutor Sheryl Fillos’ opened her argument to remind the court that Fernuk was a father, grandfather and a friend who lived alone in an apartment in the Exhibition neighbourhood.

The Crown is asking that Daniels be found guilty of all three charges of first-degree murder, unlawful confinement and robbery.

“If he (Fernuk) had not met the accused on the early morning hours of August 2, 2019, he would not have died of ligature strangulation,” the Crown told the courtroom.

Fillos said Daniels’ versions of the events during his testimony cannot be believed, saying there are reliability and credibility issues.

The Crown says during her cross-examination, Daniels’ had a lack of recall when it came to details of the night he met Fernuk.

Daniels’ said he only recollected certain details such as Fernuk’s first name because he heard them in the trial, not because he remembered them.

“Does he actually remember? No, he didn’t,” Fillo said.

The Crown called the accused a “self-centred individual.”

“He doesn’t hear or think about how his actions affect other people. He stays with his sister but he steals from her,” she said, alluding to previous testimony in the trial.

Fillo said Daniels offered to walk Fernuk home so that he would let his guard down in order for Daniels to rob him.

The trial didn’t hear from Daniels about what happened in Fernuk’s apartment or what could have led to his DNA being on the fire poker.

However, Fillo said the DNA itself is sufficient enough evidence to prove he was there.

With Daniels’ denying he ever went to Fernuk’s apartment, the Crown argued it would have been “extremely bad luck ” for Fernuk to have been robbed twice in the same night by two different people.

The trial is expected to resume on Aug. 9 when the verdict will be read.

Sask. Get together faucets Kim Groff to run in Saskatoon Meewasin byelection