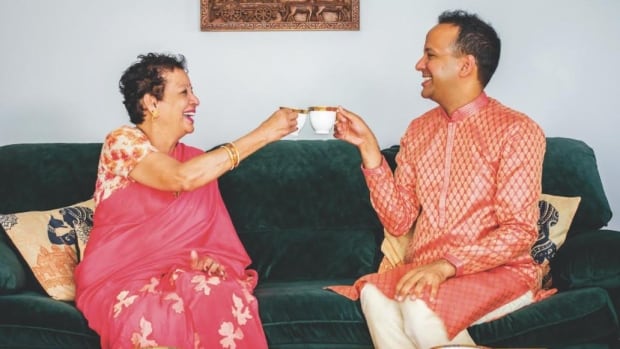 A mother and son duo from Saskatchewan published a South Indian vegetarian cookbook with all the proceeds being donated to a national non-profit that advocates for people with vision loss.

Prema Ranganathan and her son, Prasanna Ranganathan, have composed a book of more than 300 vegetarian recipes that shares their culture and family stories from a publishing company headed by the renowned poet Rupi Kaur. It’s called Made with Prema.

Prema, 74, has taught cooking lessons in both Regina and Saskatoon and said her love of cooking comes from her mom, who used to cook constantly when she was a child.

“I never even boiled the water 50 years ago, when I got married and moved here, I didn’t even know how to cook a pot of rice,” she told Leisha Grebinski, host of CBC’s Saskatoon Morning.

Prema Ranganathan, 74, lives in Saskatoon, and has taught cooking lessons in the city while also in Regina and Ottawa. (Don Somers/CBC News)

Then she developed a passion for cooking that has led her to cook new dishes constantly, with her own spin on them.

Prasanna, 41, said meals from his mom were always the best time of the day, often becoming a history lesson about her “family legacy, her stories [and] about elements in South India.”

Culture is something he said he wasn’t exposed to in Saskatchewan in the 1980’s as often as he would have liked.

“Mom made sure that food was the vehicle by which she shared the stories of our own family and shared the culture from South India in Regina and Saskatoon,” Prasanna said. 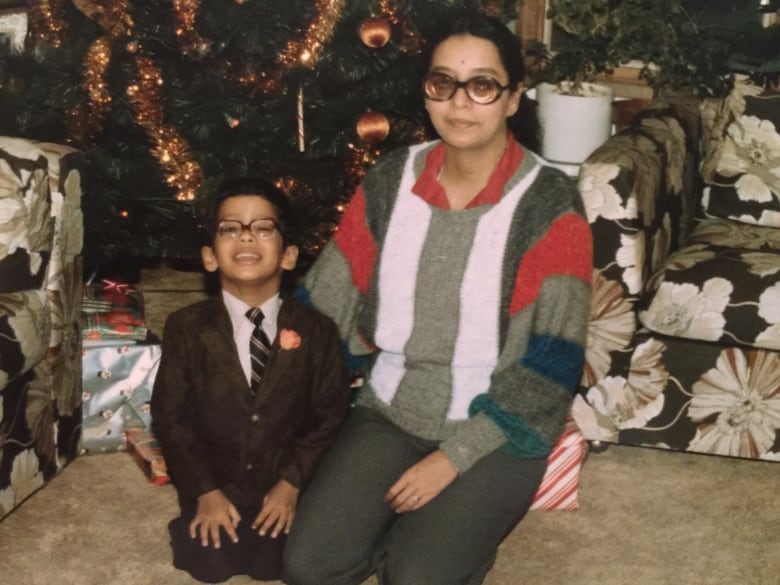 One of their favourite dishes, which Prasanna claims will take the North American comfort food chicken noodle soup “to town,” is called rasam.

“It’s the only food that I will refuse to make because it does not taste like mom’s,” he said.

Like Prema, Prasanna fostered a love of cooking from his mother. At first, he was forced to learn after coming home from law school in Victoria, B.C., skinnier than when he left, having lost weight rather than gaining the infamous “freshman 15.”

Then he couldn’t stop cooking.

9:33Authors of new cookbook say love is the special ingredient

When Saskatoon’s Prema Ranganathan was a young girl she gained a love for cooking from her mother. Prema passed her passion down to her son, Prasanna, who says that meals at home were always a history lesson. The duo speak to host Leisha Grebinski about turning the joys of cooking into a cookbook. 9:33

Prema said her friends convinced her to make a cookbook to document all of her recipes. At first she modestly declined, but after some more cajoling she began in April 2020.

Her eyesight isn’t very good, she said, which doesn’t affect her ability to cook but does make it difficult to write out the recipes.

Her friend Chamundi Eswari Selvaraj helped her transcribe recipes over a course of nine months, with another year spent in the publishing process. In her conversation with CBC, she credited her friend and son for putting in more work than she did. Prema Ranganathan and her friend Chamundi Eswari Selvaraj who contributed to the cookbook by transcribing recipes. (Baljit Singh)

When asked how it was to work with his mom on the book, Prasanna’s voice began to crack.

“Nothing brings me more joy than working on this with my mom … and I think for so long she’s impacted so many people and I’m really excited for the rest of the world to have a bit of that Prema that we’ve been so blessed to have in our family and in Saskatchewan.”

In response, his mother said, “Without his love and support I wouldn’t have been able to do that.”

Like Prema, Prasanna also has issues with his vision and was considered legally blind in 2005. Each year, it gets worse for Prasanna.

Prasanna said that when Prema was working on the manuscript, she told him she wanted the book to do more than “share our culture and our stories with the world, but I’d also like it to make an impact.”

He said the Canadian National Institute for the Blind helped him when he began experiencing vision loss, which led the family to provide all the profits to CNIB.

“I don’t think I need anything in my life, it’s time to give.”