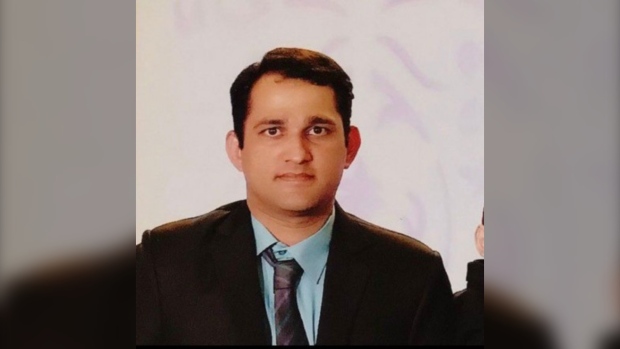 SASKATOON —
A Saskatoon man killed in a two-vehicle crash near Alsask is being remembered as a hardworking husband and father of three.

“He was just dependable, he was the rock for the family,” said Marla Usmani, who is close with the family.

Usman Dawood, 40, was in the Alsask area for work on Wednesday when his car and an RV crashed on Highway 7 around 6:45 a.m.

RCMP say both vehicles caught fire and Dawood was pronounced dead on scene. The driver of the RV had non-life threatening injuries.

The crash is still under investigation.

“It was just everyone’s worst nightmare. You just can’t believe it. You don’t want to believe it,” Usmani said.

Usmani, whose husband was Dawood’s cousin, said he was a thoughtful and well-respected man.

“He was such a quiet person but when he would say something, there was always something to what he was saying … He was such a hard worker. He did whatever he could for his whole family. Like he was the oldest son, but basically had a hand in all of his siblings’ lives here,” she said.

Usmani said Dawood was also well-known in the Muslim community.

According to Usmani, Dawood and his family moved to Saskatoon from Pakistan about nine years ago.

A GoFundMe has been set up to help support Dawood’s wife and three children, one of whom is a newborn, as he was the main provider for the family.

“Now everything’s kind of up in the air as they have a mortgage and they have three kids, he’s got a brand new baby that’s two months old. [His wife] never worked, she doesn’t speak English very well, she can’t drive, so just to kind of help her get on her feet.”

As of Friday afternoon, the GoFundMe had raised over $12,000 — something Usmani and the Dawood family are thankful for.

“From the bottom of our hearts, we are just so thankful and we love how Saskatchewan and Saskatoon is like a small community where I like to think everybody just helps each other out,” Usmani said.

“It’s just great to see everybody band together in tragedy, even people bringing food or even people messaging condolences. It all means so much.”

– with files from Jayda Taylor

‘That is far larger than one vaccine:’ Saskatoon couple donates $1 million to VIDO