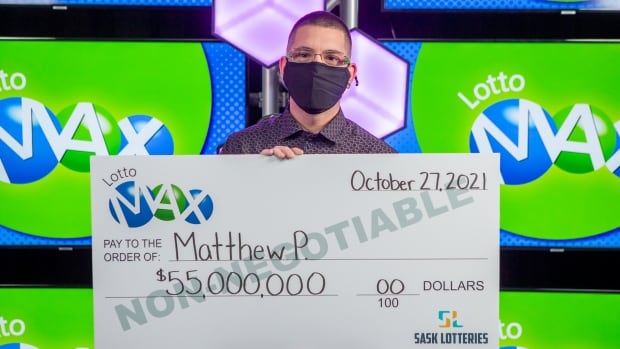 A Saskatoon man has won the second-largest lottery jackpot in the province’s history.

Matthew Poppel is the lucky recipient of the $55-million windfall.

Poppel said that after hearing the winner of the Oct. 19 LOTTO Max draw was in Saskatoon, he actually called his friend and joked about one of them possibly being the winner.

“I called my buddy and said, ‘I saw you won the lottery. When can I expect my million dollars?'” Poppel is quoted as saying in a news release announcing his win. “We laughed and were both like, ‘Yeah, right. Can you imagine?'”

His joking quickly turned to disbelief when he checked his ticket.

“I did not think for a second that I had actually won $55 million,” he said. “I did not expect that to be something that happened to me.”

Poppel said he’s going to take some time to decide what to do with his winnings.

He said he’ll look to help his parents retire, and to secure the financial future of his family and children.

There will still be time to purchase some fun toys with his winnings.

“I was thinking – and joking – that I should buy a luxury vehicle just because I can,” Poppel said. “But now I think it’s a good idea. I can buy it, so why not!?”

The $55-million prize is the second-largest ever won in Saskatchewan.

The largest was a $60-million windfall that a resident of Neville, Sask., won in August 2016.

Saskatoon lady celebrates 107th birthday: ‘She is at all times blissful and constructive’