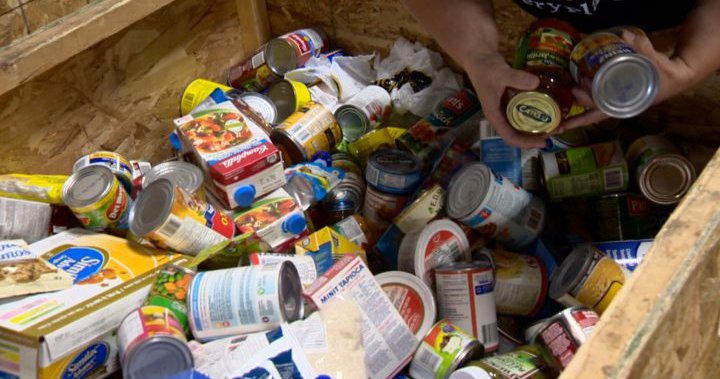 The Saskatoon Food Bank & Learning Centre is about to see donations decline, while demand for its services increases.

People are often busy over the summer and less likely to think about donating to the non-profit organization, according to food bank executive director Laurie O’Connor.

“They’re going on vacation, they’re going to the lake, so their regular habits are perhaps, interrupted,” said O’Connor said.

Once kids are out of school, demand at Saskatoon’s food bank increases because school meal programs are put on hold.

To help address the summertime slump, Food Banks Canada launched its third annual Every Plate Full national fundraiser on May 23.

Every dollar donated can purchase about three meals for people in need, according to Food Banks Canada manager of annual giving and strategic initiatives Graham Hill.

“For us at Food Banks Canada, we receive large, national bulk donations, which then we can move out across the country efficiently through some of our corporate sponsors and corporate transportation providers,” Hill said.

People can still help the Saskatoon Food Bank by volunteering their time, like a group from Corby Wine and Spirit did Friday.

“We’re here to help out and everybody out there should take some time and at least give a little bit, whether it’s time or effort or what have you,” said Mike McPhail, Corby’s director of sales.

The Every Plate Full Campaign runs until June 9.