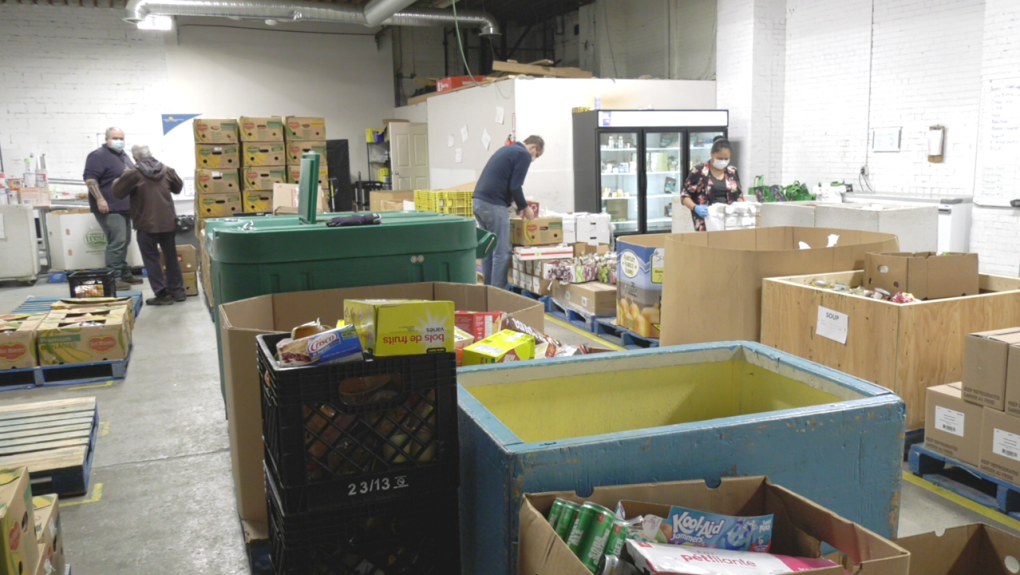 With the rise in food costs across the country, the Saskatoon Food Bank and Learning Centre says food insecurity has become “very high” in the city and area.

Deborah Hamp, director of operations and engagement at the food bank says inflation is also impacting donors as they’re struggling to make ends meet themselves.

“We are seeing an increase in our numbers over the last few months … that’s a huge concern for us,” Hemp told CTV News.

During the height of the pandemic, 20,000 people were coming through the food banks doors and right now it’s between 16 and 17,000, according to the food bank.

Hamp says the fact people need their services “more than ever” is cause for concern, especially heading into the spring and summer when children won’t be able to access school breakfast and lunch programs.

“We really need all citizens to step up and make a difference and do what you can to help support children and families in the community,” Hemp said.

“I think it’s fair to say no one has been impacted more than people living in poverty.”

According to the food bank, one in four children in Saskatchewan are living in poverty.

In an effort to combat food insecurity countrywide, Loblaw is running a spring food drive starting Friday until Easter weekend, including in Saskatoon.

Last year, the initiative raised almost $56,000 and more than 19,000 pounds of food were donated to local food banks in all parts of the province, according to Loblaw.

“This is not a holiday-specific issue, hunger and food insecurity knows no calendar boundaries and so having a spring food drive is really helpful for the people in the community who rely on food banks,” said senior director of sustainability and social impacts at Loblaw, Tonya Lagrasta.

The Real Canadian Superstore, Your Independent Grocer, No Frills, Wholesale Club and Extra Foods in Saskatoon will be collecting food and cash donations. All items will be going directly to the Saskatoon Food Bank and Learning Centre.

Hamp says people can donate non-perishable items such as peanut butter, pasta, tomato sauce, beans, breakfast cereal, juice and anything else they can store in a hamper.

She says families feel a sense of relief when they come by to grab food items to put on the table.

“‘I might not know what I’m doing a couple weeks from now, but in the next two days, I know that I can feed my family and so that helps alleviate the stress that people are going through.”