Saskatoon meals truck will get big props from Ludacris 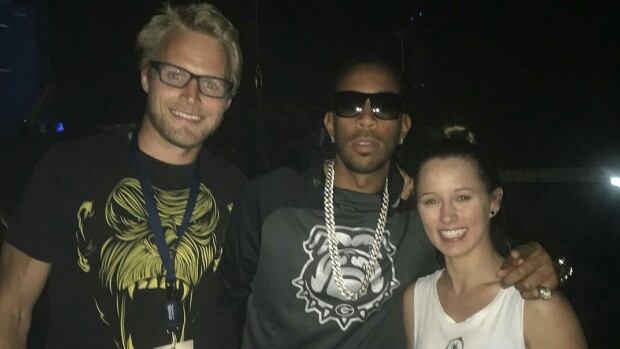 When Jesse Boldt helped open the Yumm Truck in Saskatoon two years ago, he never thought he’d be making supper for international superstar Ludacris and his crew.

“We were laughing about it because we listened to Ludacris back in the day, he had an album with fried chicken on the cover,” Boldt told CBC News.

But on Saturday night during the Vibe Music Festival at Saskatoon’s Diefenbaker Park, the unthinkable happened.

He’s from the south, so I’m sure he’s had some pretty mean dishes of chicken and waffles. The pressure was on for sure.– Jesse Boldt

Boldt was busy cooking away in the Yumm Truck serving his signature chicken and waffles to concert-goers, until he heard a frantic knock on his door. It was his friend Dillon, also known as DillyBat, a videographer recording the event.

“Halfway through my shift he came banging on the door all pumped and he told me Ludacris wants eight chicken waffle orders right now before he goes on stage,” Boldt said. “We got cooking right away.”

Boldt admitted the next eight orders of chicken waffles was nerve-racking.

“Big time. He’s from the south, so I’m sure he’s had some pretty mean dishes of chicken and waffles so the pressure was on for sure,” Boldt said. “I was kind of giving my mom a hard time too as she was cooking, making sure it was perfect.”

The night got even better for Boldt. Just before Ludacris hopped on stage he came down to say hi, shook Boldt’s hand, thanked him for the food and took a photo with Boldt.

“The meeting was pretty short but it was still a surreal moment,” he said. “I know my friend asked if they liked it and he got the thumbs up and said the whole crew really liked it.”

While Boldt helps run the food truck, it’s owned by his mother Linda.

Dates set for inquest into loss of life of Saskatoon man