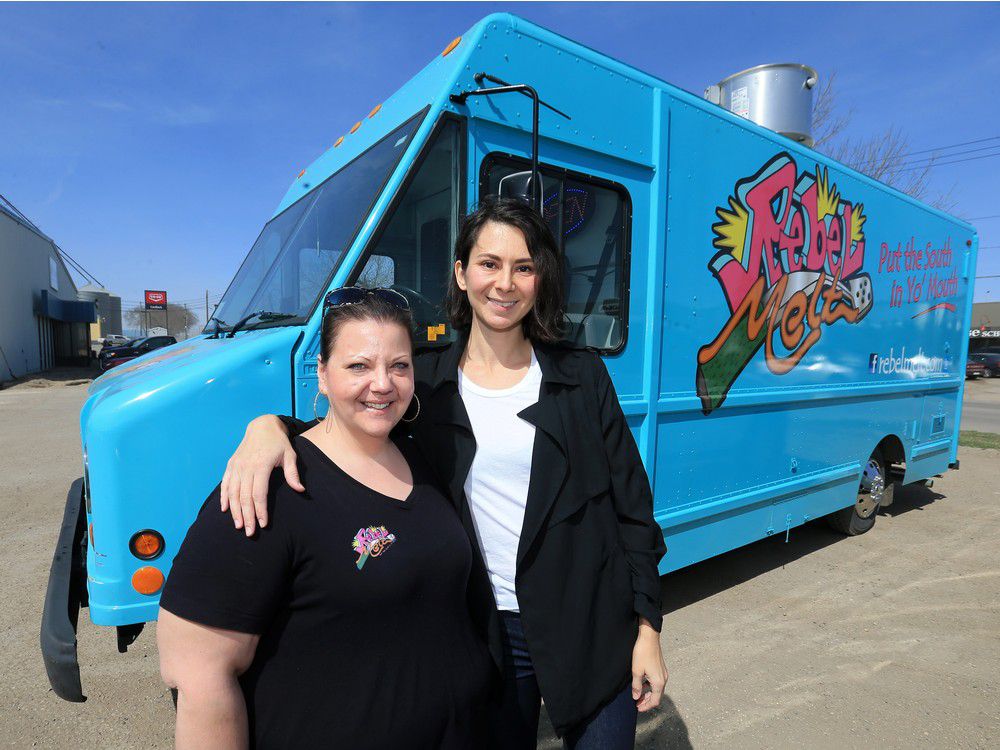 “Over the course of (last) summer, as we got to know the other food truck owners, we realized it could be a good thing to have a common voice and resources and to share ideas … and if one person can’t do an event or something, you just pass it on to someone else,” said Erin Sader, treasurer of the Saskatoon Food Truck Association (SFTA).

Sader and her sister Marissa Venne started selling sandwiches and mini-doughnuts from their Cocoa Food Inc. truck last June. This spring, Sader helped launch the non-profit, volunteer-run association, which is expected to engage with the city on issues such as parking fees and the upcoming rehabilitation of Broadway Avenue, as well as help with marketing and business operations.

The SFTA currently has nine members, including Cocoa Food Inc., Rebel Melt, Dapper Dane and Last Mile Coffee. Membership fees are $200 for the first year and “much, much lower” for each successive year, Sader said, noting that “99 per cent” of the initial budget went toward building a website.

Food truck associations are common in larger cities, and most of Saskatoon’s owners and operators were open to the idea, Sader said. Potential benefits for members include “not only just event bookings, but also … having a common voice in things like approaching the city or organizing our own events on behalf of the SFTA,” she added.

The City of Saskatoon’s licensing requirements divide food trucks into two discrete categories: on-street and off-street. In 2015, the last year for which complete data is available, nine on-street and six off-street food trucks were licensed to operate in Saskatoon, according to a city spokesman.

While industry associations that don’t represent the entire industry have the potential to create problems, the SFTA should be good for the food trucks and good for the city, especially as the number of food trucks grows, according to Saskatoon’s director of community standards, Andrew Hildebrandt.

Chuck Prongua co-owns Disco Dogs Gourmet Food Truck, which is not an SFTA member. He said he understands why some food truck owners want an association, but he is “happy and satisfied” with the current system and doesn’t see a business case for Saskatoon’s first food truck joining it.

Prongua said he doesn’t want to “bite the hand that feeds” his business by lobbying for reduced vendor and parking fees at promoted events. While an association could help reduce city fees for on-street parking — which “everyone would love to see” — Disco Dogs is so busy that it isn’t a priority, he added.