Saskatoon meals vehicles group as much as kind affiliation 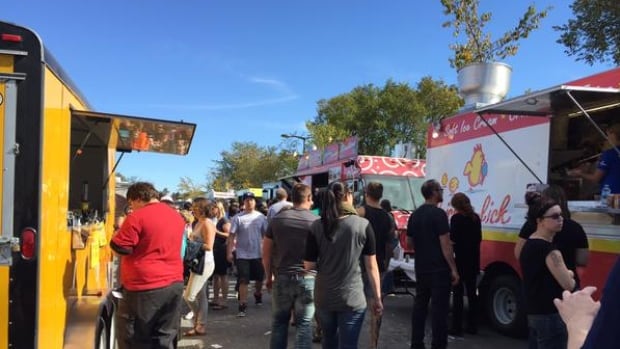 The continuing trend of curbside cuisine in Saskatoon has prompted some of the city’s food truck operators to band together.

“We have nine [trucks in the group] right now and, of course, we’re always open to more,” said Caley Dallin, president of the newly formed Saskatoon Food Truck Association.

“We’d definitely love all the food trucks to join eventually.”

“Last year during the season, we found that we all kind of worked together well during festivals and enjoyed being in each other`s company,” he said.

“So, we decided to get together and form an association of food trucks and work together to better our businesses.”

Dallin said the fees are a concern. It can cost from about $2,800 for a six-month operating fee to over $5,000 for bigger vehicles.

“I think it’s always good to have strength in numbers,” Dallin said of the non-profit organization.