Voters in Saskatoon Meewasin have begun choosing the province’s newest MLA from a crowded ballot, with early voting in the Sept. 26 byelection well underway.

In February, three days after the party was defeated in the Athabasca byelection, Meili announced his plan to step down as leader and leave politics.

Premier Scott Moe called the byelection on Aug. 29, a week after he announced adults in the province would be receiving a $500 cheque.

The five candidates in the running are:

There are 12,292 registered voters in the constituency, 270 of whom requested mail-in ballots.

Advanced polls opened on Tuesday and continue through Saturday ahead of Monday’s vote.

As of Friday morning, 1,772 advanced votes had been cast after three days, eclipsing the total cast in the 2017 byelection that saw 1,737 votes cast over five days.

Saskatoon business owner Nathaniel Teed is the NDP candidate aiming to hold onto the seat.

Teed says he started campaigning on July 9, roughly a month before securing the party nomination.

Meili won the byelection and then held the seat in 2020 by about 370 votes.

However, Teed is cautioning the party against overconfidence.

“We’re not taking this byelection for granted,” he said. “We are working hard to ensure that we can send a message to Scott Moe that his priorities are off.”

Teed says he has the endorsement and support of his predecessor.

Teed says his message to voters has focused on cost-of-living concerns while increasing support for health care and education.

He says the controversy surrounding abuse allegations at Legacy Christian Academy has also been brought up by voters.

“It has been brought up on the doorstep and people are very concerned. We have allegations of child abuse happening in a school that’s not far off from where the boundary of this riding is.”

Teed says the government has not addressed the allegations sufficiently.

Kim Groff, no stranger to an election race, is expecting a better result than he had in 2020 when he finished second in Saskatoon Centre to the NDP’s Betty Nippi-Albright.

The Saskatoon business owner won the nomination in August and is hungry to get to the legislature.

“I think the No. 1 thing we’re focused on is this is an opportunity for the residents of Saskatoon Meewasin to get a voice back in government,” he said. “They have been represented by the opposition for a few years now.” 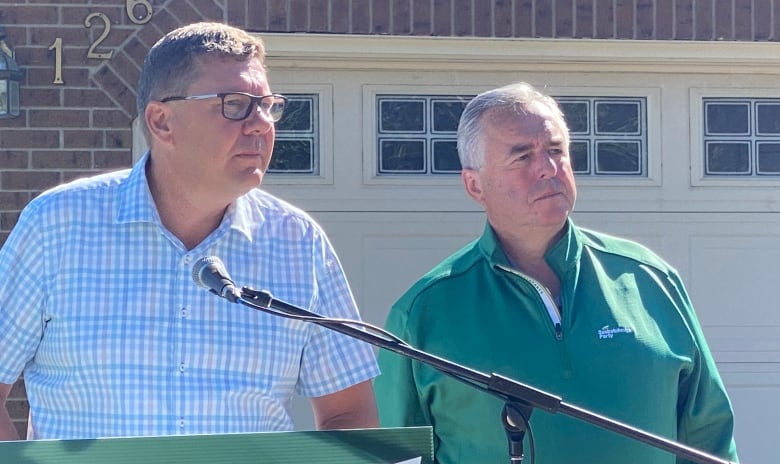 Groff says voters have had positive things to say about the recent announcement to recruit and retain health-care workers, adding he has also been able to let voters know about the government’s $500 cheque initiative.

“It’s actually surprising the number of people I talk to [and] you tell them about it and they say, ‘Oh really, we haven’t heard about that.'”

Having five parties involved in the byelection has created a “buzz in the community and added to “the variety of questions” he has received, Groff said.

The Saskatchewan Liberal Party is back on the constituency’s ballot after a five-year hiatus.

“The entire point of us even partaking this byelection is precisely to build momentum,” Liberal Party Leader Jeff Walters said.

Walters works and lives in Regina but grew up in Saskatoon Meewasin and is the party’s nominee.

“We are pleased,” he said. “We’ve been pretty active out there and we have hit thousands of doors — I have personally. We’ve put the effort in and we’re confident that the efforts will bear fruit down the road.”

The party last ran a candidate in 2017 who received only three per cent of the vote.

“We are not ignorant as to where we’ve come from,” Walter said. “We’ve been dormant for quite some time.”

Walters says the party previously had strong support in the constituency with former leader David Karwacki, who finished second in 2003 and received 30 per cent of the vote in 2007.

Walters says his message has been to sell party policies, and let people know they do not have to vote for the two established parties.

“Last time I checked, this is not a football game, this is democracy and there should be choice and people should be able to look at other policies and make an informed decision,” he said. 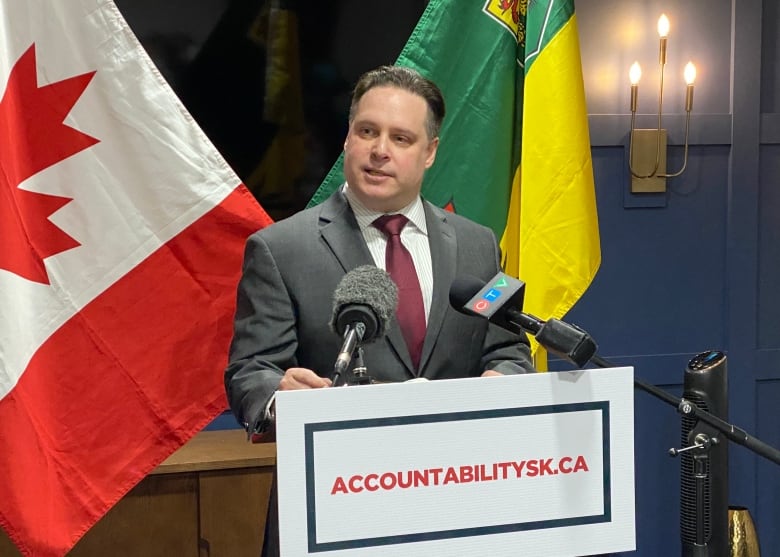 Jeff Walters, leader of the Saskatchewan Liberal Party, is hoping to increase his party’s profile with a byelection win. (Kirk Fraser/CBC)

The Buffalo Party, which did not have a candidate in Saskatoon Meewasin in 2020, has chosen Mark Friesen as its candidate.

Friesen has previously run federally for the People’s Party of Canada in Saskatoon.

Throughout the pandemic, Friesen was a vocal opponent of health measures and vaccinations. He later became one of the COVID-19 patients airlifted to Ontario when Saskatchewan’s hospitals were over capacity.

The Buffalo Party did not respond to requests for an interview by CBC/Radio-Canada.

Green Party candidate Jacklin Andrews said his focus has been talking to voters about the need to urgently address climate change.

“When I go to the door, they are not slamming the door in my face,” he said.

“They are listening, they are just not ready for the next step.”

Ladies in Saskatoon reduce their hair, becoming a member of worldwide protest of girl’s loss of life in Iran