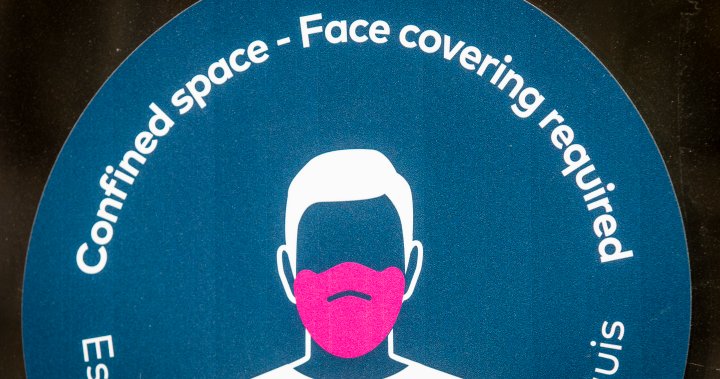 Saskatoon city councillors debated whether to reinstate a mask mandate in city facilities and a motion to require proof of vaccination from visitors and city employees.

The discussion, which included the city’s chief medical health officer and which protesters nearly interrupted, went so long the council members decided to suspend the matter until a later date and didn’t vote.

But the need to get COVID-19 under control is urgent, according to health officer Dr. Jasmine Hasselback.

“Throughout the pandemic there has had to be some pretty impressive redirection from what we normally would have done,” she said, responding to a question from Coun. David Kirton about hospital overcrowding and referring to measures to avoid overcrowding in ICUs.

“And we’re back to having that conversation.”

She said the highly transmissible Delta variant is now the only strain in the city and repeated USask researchers’ findings showing the strain is responsible for the largest increase in COVID traces in the city’s wastewater last week.

“We had 200 cases in the past 48 hours,” she said, telling the council she didn’t think that increase was feasible before witnessing it.

“The hospitals are struggling, to say the least,” Hasselback said, telling the council the hospital workforce is exhausted.

A city report underscored her alarming presentation. It states there is a “high likelihood d that COVID transmission is not controlled” in the city.

The document outlined how the city administration had reintroduced many safety measures in city facilities that they removed when the government lifted provincial health guidelines.

Just as the council session was beginning, around 1 p.m., about 50 people gathered outside City Hall, chanting they didn’t want vaccine passports.

Nearly an hour later, Mayor Charlie Clark interrupted councillors’ questions to announce the protesters were outside the chamber.

“There was a rally outside of City Hall coming into the entrance, or at the entrance. And now the rally has moved inside,” Clark said.

“I understand we have our security and police on site. It’s very important that we you know we will be continuing to monitor and keep everybody safe.”

The debate continued without further interruption and expanded to include motions to implement a testing regime and vaccine requirements for city employees.

At one point council held a private conversation with city solicitor Cindy Yelland to ask her legal advice on the matter.

Those items, and motion requiring visitors to show proof of vaccination, would require further research and planning from the city administration, while the mask mandate in city facilities would take effect Sept. 1.

But the debate lasted so long councillors weren’t able to vote on any of the items.

They moved to postpone the vote and the rest of the discussion until Tuesday.

1:41
Some Regina parents frustrated about continuing masking requirements in schools

Some Regina parents frustrated about continuing masking requirements in schools

Masks obligatory on Saskatoon Transit, in metropolis amenities as of Sept. 1 – Saskatoon