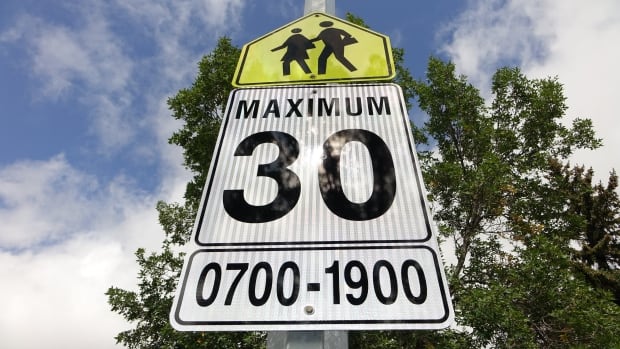 City councillors in Saskatoon will be talking about creating new playground zones across the city, as well as year-round school zones at their meeting on Monday.

Councillors will have to decide what time of day the school zones would be active.

On Nov. 2, council’s transportation committee endorsed a plan making the playground zones active year-round, along with school zones, and would be active seven days a week from 7 a.m. to 9 p.m. CST.

Councillors on the committee said the new rules should be brought in, as children regularly play in playgrounds during non-school hours.

A report headed to council said school zones reduce the risk of conflicts between vehicles and children by warning drivers and giving drivers more times to react to unexpected situations.

The committee also endorsed removing speed limits from areas around high schools, although u-turns would still not be permitted near the schools.

Another proposal that would set up slower speed zones around seniors homes and other places with a high concentration of elderly people was rejected.

If approved, traffic signs would be set up in all the new zones to warn drivers.