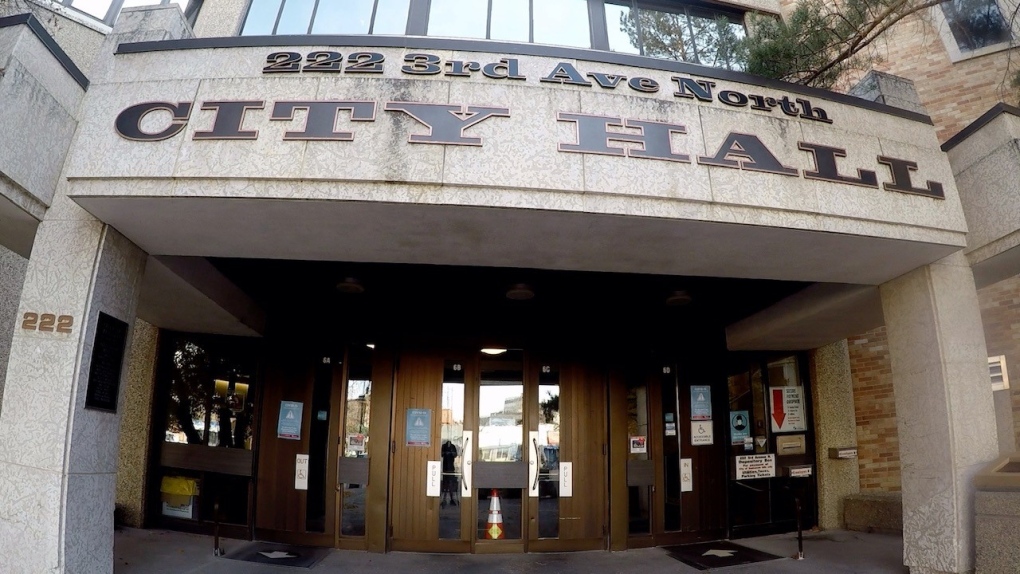 It’s been nearly two full years of video call meetings for council after the safety measures were brought in at the beginning of the COVID-19 pandemic.

Council will discuss the timing of resuming in-person council meetings. City administrations have previously suggested recommending councillors be back in chambers in April.

Ward 3 Councillor David Kirton was the lone newcomer to council after the 2020 fall election, and due to pandemic restrictions, he has yet to meet inside council chambers or meet his colleagues face-to-face.

“Since I’ve been elected, I’ve been looking at a computer screen. I haven’t had an opportunity to have a meeting within city council chambers yet,” Kirton said of his unusual term thus far.

Kirton isn’t just excited to take his assigned seat in council chambers, he longs for the face-to-face interactions and all the other moments between meetings where information is passed around.

“I know now that’s where a lot of good information goes back and forth between city councillors. Right now during a break in a meeting you get up, you got to the washroom and then you come back and you sit in front of the computer again, no conversations at all,” he said.

Council will also discuss a report on mask use at city facilities and on transit buses.

Kirton said now that the provincial restrictions have been removed and comfort levels to gather are increasing in the city, he intends to support returning to council and removing masks on buses and city-operated facilities.

“I think if you asked that question, even two or three weeks ago, I probably (would) have a different answer,” he said.

Another item on the agenda is a mere formality to move ahead with a contentious development along Spadina Crescent.

Council is set for a third and final reading of a bylaw that will subdivide the historic Knox United Church’s property to allow a 19-storey apartment building development.

The parking lot along Spadina Crescent has been a point of contention since Meridian Developments announced plans to build a condo tower between Knox United Church and St. John’s Anglican Cathedral in 2020.

Peggy Sarjeant, president of the Saskatoon Heritage Society, sees Monday as a sad conclusion to the fight to maintain the prominent heritage along the banks of the South Saskatchewan River.

“I do think it’s sad because I think there had been opportunity for the city to move forward on including the public in its discussions about this particular development,” she said. “We did our best.”

Last spring, the Saskatchewan Heritage Foundation Review Board had recommended approving the change, saying in a report that the parcel of land that would be separated is “not significant to the church’s heritage designation.”

“The main problem is its bulk and its relationship to the Southwest facade of Knox,” she said.

Sarjeant would have preferred to see something similar to the new renovations of the Provincial Courthouse on Spadina, a modern building that blends in well with its current historic surroundings.

Sarjeant doesn’t see this as a standalone problem either. It could set a precedent if developers are able to design whatever they see fit in Saskatoon’s most historic neighbourhoods.

“If you allow or encourage buildings in this scale, adjacent heritage buildings, let’s think about what else will happen along Spadina Crescent and the views adjacent to other important buildings like St. Paul’s Cathedral, for instance,” she said.

“One has to look at Spadina Crescent as one of the premier streets in Saskatoon.”

The church has previously said that its arrangement with the developer will shore up its dwindling finances through ownership of 40 parking stalls.