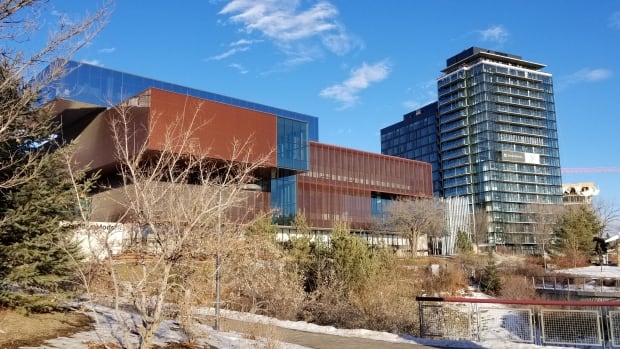 If you live in Saskatchewan, you don’t have to travel far to get to one of Architectural Digest’s top places to visit in 2019.

Saskatoon’s architecture is defined by a shift toward modern sensibilities in a province where the tallest buildings were historically grain elevators, according to local architect Louis Aussant.

“Those have slowly disappeared over the last 20, 25 years, since I was much younger,” said Aussant, principal architect and CEO of Saskatoon’s aodbt architecture and interior design.

“To see that being replaced with concrete and steel and glass structures in a city — in the middle of what some people say is nowhere — is quite impressive.”

The Remai keeps generating buzz, but the other River Landing office towers and condo projects next door are also going to be stunning in terms of sheer magnitude, he said.

“It’s going to reshape and redefine Saskatoon’s skyline, which has been fairly understated for the last two or three decades,” said Aussant.

Saskatoon isn’t just defined by projects near its river valley, he said. He pointed to new builds like the Merlis Belsher arena that opened at the University of Saskatchewan campus this fall and the future children’s hospital, with its stunning view and ambition to be a health care centre of excellence.

Aussant stressed the need for density. He pointed to a mixed-use development project in Broadway as a project he hoped to see approved by city council in the new year. When it comes to infill, Aussant wants to see builders and the city challenge height limitations, even though this has raised some concern in the past. 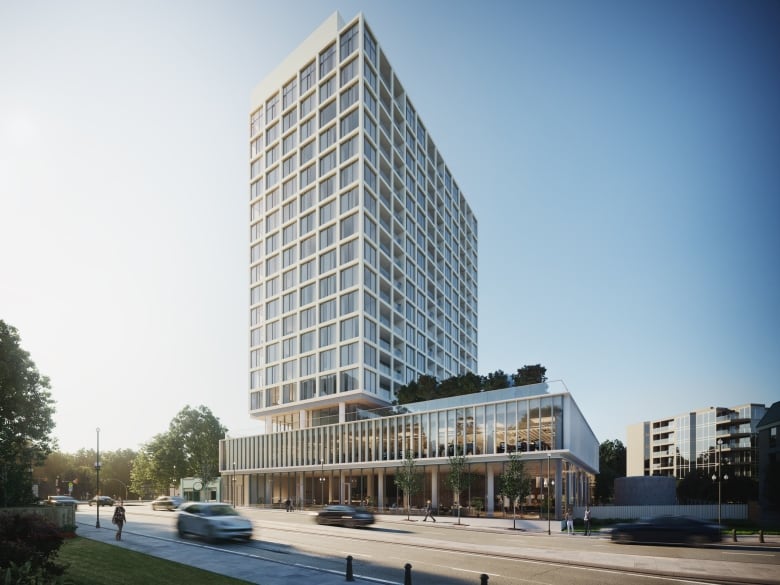 A proposed 17-storey highrise on Broadway Avenue is among the projects planned for Saskatoon’s future. (Submitted by aodbt architecture + interior design )

“We really do need to keep growing upwards as opposed to outwards,” he said.

On the further edge of the city, Wanuskewin is currently undergoing a renewal project Aussant calls “massive,” one that he believes will make it an internationally renowned World Heritage site.

“It’s in such a beautiful landscape and it does a lot in a way of bringing us together as far as in the age of reconciliation,” he said. A plan to bring bison to Wanuskewin will take that project to yet another level, he said. 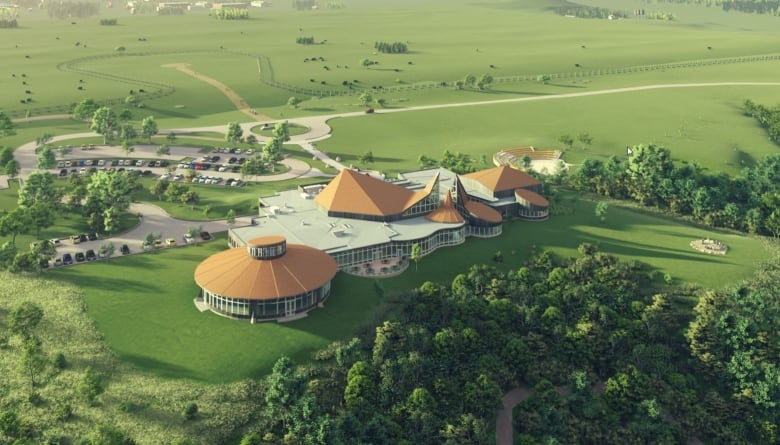 The World Heritage site Wanuskewin, on the edge of Saskatoon, is in the midst of a major expansion. (Submitted by aodbt architecture + interior design/Rendered by David Zhang)

Aussant said the city has come along in leaps and bounds, leading the way to making it an architectural destination.

“It’s amazing just how much has happened.”

with files from Saskatoon Morning