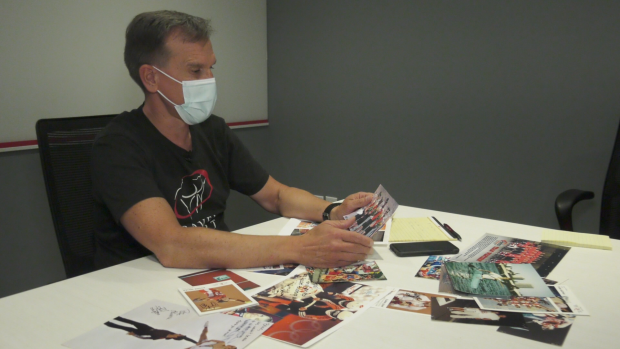 SASKATOON —
Saskatoon physiotherapist Bruce Craven has worked with athletes at every Olympics and Paralympics since 1992.

At the Tokyo Summer Games he has three Olympians and Paralympians he worked with, including 10-metre platform diver Rylan Wiens.

Craven’s career took of in 1991 when he was hired to on to head the Saskatchewan Sports science Program. It was there he was exposed to some of the province’s top athletes.

“You’ve actually got kids walking into your office at the age of 14 and say, I want to go to the Olympics.

“I take these young aspiring athletes and teach them what high performance is.”

He has since worked with roughly 40 combined Olympian and Paralympians, including figure skater Kurt Browning and speedskater Catriona Le May Doan, Dione Meier in softball and bobsleigh athlete Jaime Cruickshank.

Three-time rowing Olympian Jake Wetzel worked with him from the time he was 14. The Saskatoon native won a gold medal at the 2008 Beijing Games.

“I would never have gotten there were it not for him,” said Wetzel.

“He brought a lot of professionalism, into the way I prepared as an athlete, as a very young athlete.”

Erica Gavel from Prince Albert suffered several injuries while playing basketball for the University of Saskatchewan, including severe injuries to her femur and tibia.

“Bruce helped me understand that anything is possible,” she said.

Gavel participated in the 2016 Rio De Janeiro Games in wheelchair basketball, working with Craven for over 10 years.

“I’m doing my PhD in access physiology and a lot of the reasons why I chose to pursue exercise physiology is just because of Bruce.”

Colette Bourgonje is a 10-time Paralympian who competed in cross-country skiing and wheelchair racing.

The Porcupine Plain native was injured in a car accident when she was 18. She works with Bruce and medaled at the Vancouver Paralympics in 2010.

“He’s an amazing guy with a lot of ability to make a program and help you be successful,” said Bourgonje.

“He had a huge impact on my career. He definitely challenged me physically and mentally.”

For Craven his passion for the job comes in watching the growth of his athletes.

“The thing that I liked the most is to see the kids be able to grow to do the things that they never thought they could,” said Craven.