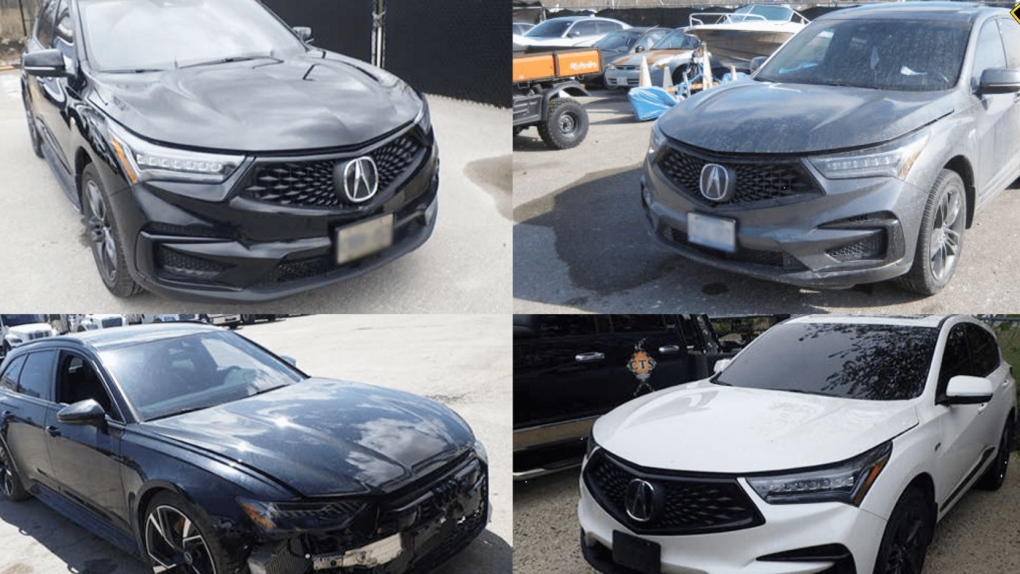 Saskatoon police played a key role in an auto theft investigation involving hundreds of vehicles worth millions of dollars.

The nearly two-year investigation, named Project MYRA, was spearheaded by Ontario Provincial Police (OPP), with the Saskatoon Police Service among the police services assisting in the investigation.

While most of the vehicles were stolen in Ontario, according to OPP, the alleged scheme had a significant Saskatchewan connection.

An unnamed criminal organization based in Toronto and Ontario’s Durham region fraudulently registered stolen vehicles in Saskatchewan before transferring the registration to Ontario and reselling the vehicles, according to police.

Police say they uncovered an auto theft network where the vehicle identification numbers (VINs) on stolen vehicles were altered so they could be resold privately.

Two Saskatoon men are among the 28 people charged in connection to Project MYRA.

Their charges include using forged documents, trafficking in property obtained by crime and participating in the activities of a criminal organization.

In total, police recovered 214 vehicles worth more than $12 million through the investigation, according to OPP.

Honda and Acura accountend for 37 per cent of the vehicles recovered, OPP said. Many of the recovered vehicles were high-end, according to police.