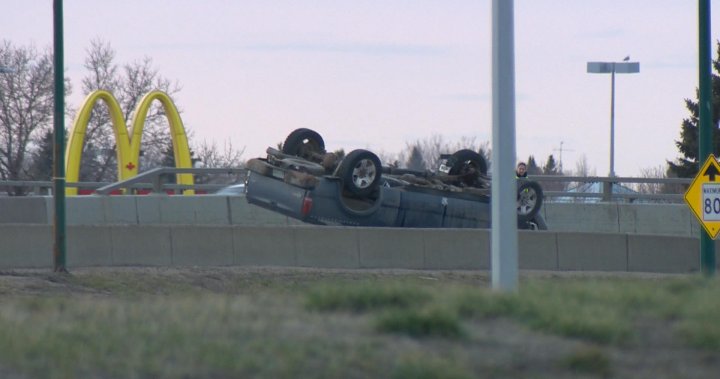 Police were on scene in the northbound lanes of Circle Drive near the 22nd Street overpass.

The driver was taken to hospital in stable condition.

The roadway has since reopened.

For the second time today, our Collision Investigation Team has been called to the scene of a serious crash.

Our Traffic members are conducting an impaired driving investigation in relation to this same incident.

3:42
Speeding in the city a concern for Saskatoon police

Speeding in the city a concern for Saskatoon police