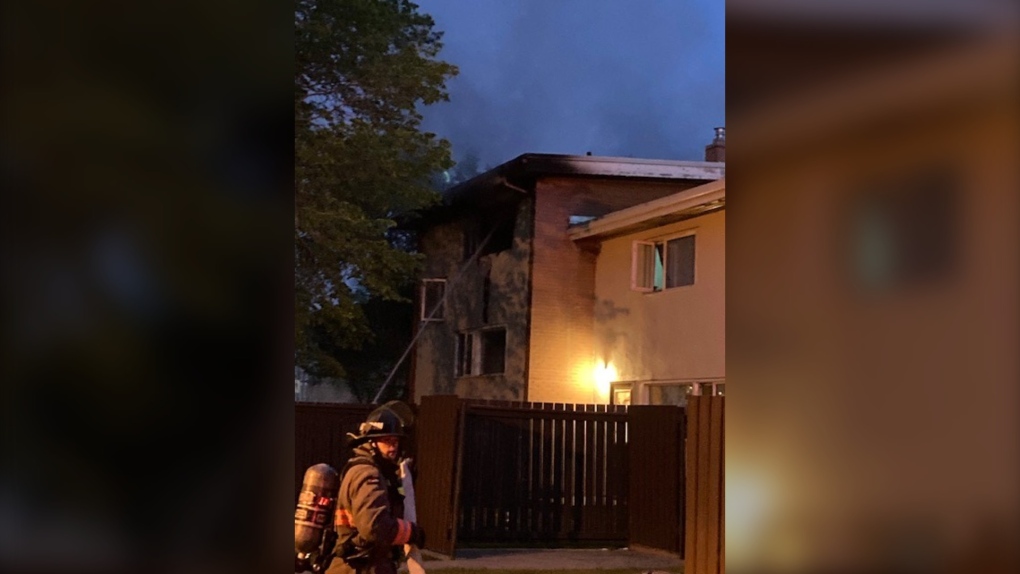 At 9:55 p.m. on Saturday, the Saskatoon Fire Department received multiple calls of a structure fire on the 10 Block of Westview Place, according to a news release.

The first fire crew on the scene reported heavy flames coming from the second floor of a three-storey unit in a townhouse complex.

At 10:03 p.m., crews began working to extinguish the fire. Once inside the structure, firefighters saw many used needles, the release said. The fire was brought under control at 10:25 p.m. and fully extinguished at 11:07 p.m.

It was reported that the unit was vacant but not secured and someone was seen in the unit around 6:30 p.m., the release said.

The fire started in a bedroom and damage is estimated at $75,000.

Anyone with information related to the fire is asked to contact police.