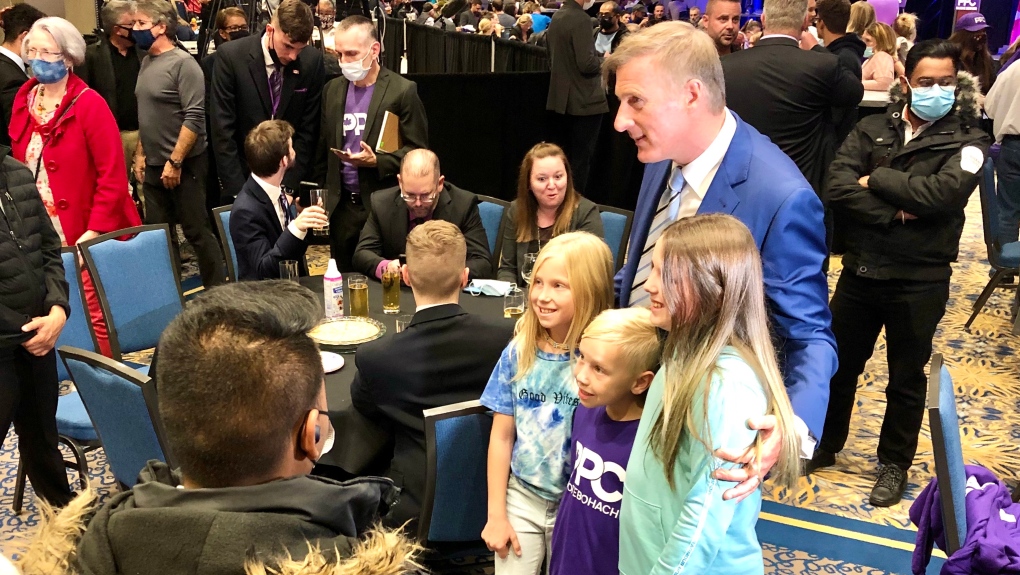 Saskatoon police have issued one ticket in relation to the People’s Party of Canada campaign headquarters rally at the Saskatoon Inn – and are in the process of issuing three more.

“We continue to work with Public Health Inspectors in this investigation and it is possible that more tickets could be issued and served as the investigation progresses,” police spokesperson Joshua Grella said in an email to CTV News.

The event attracted well over 200 supporters, the bulk of whom flouted the province’s public health order requiring masks indoors to prevent the spread of COVID-19.

Party Leader Maxime Bernier could be seen working his way through the crowd and posing for pictures at the event, held in a city that was – and remains – the province’s COVID-19 hotspot.

When Bernier was answering reporters’ questions towards the end of the night, the PPC leader pushed back against the idea that holding the event was ill-timed given the surge in COVID-19 cases in the province.

“You know, numbers can be high everywhere. But we are not in an emergency state right now. After more than one year there is no emergency. We must be able to get back to our lives,” Bernier said.

“These people are responsible individuals and they will be responsible for their actions and I believe that imposing (masks inside), it’s unconstitutional, illegal, and these people will have to fight.”

During the evening, Saskatoon Police Service (SPS) took to social media to say it was aware of the event and would be working with health inspectors to follow up.

In his email, Grella did not disclose the specific violations or the names of the alleged perpetrators.

Saskatoon had 1,157 active COVID-19 cases on election night, almost double the next most virulent region in Saskatchewan.

As of Wednesday, that number had barely dropped, to 1,085.