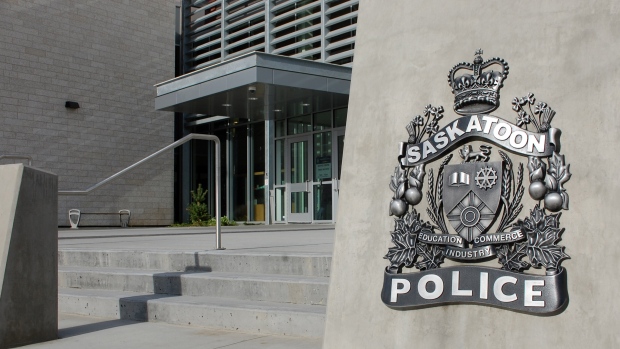 SASKATOON —
A Saskatoon police officer killed a dog while responding to an incident a domestic call on Sunday evening.

A 17-year-old boy was charged with uttering threats after the dispute.

Police responded to the incident at a home on Spinks Drive in the College Park neighbourhood just before 11 p.m.

Police had received information that a young male at the home was threatening others with a knife, according to a news release.

Upon arrival, officers made contact with the suspect through a window but were unable to gain access to the home as a door was locked and three large dogs were inside.

Police say officers observed two potential victims in the same bedroom as the suspect and managed to take hold of the suspect through the window and a struggle ensued.

Fearing that the suspect would free himself and harm the others in the room, additional officers forced entry to the home through the locked door and made their way to secure the suspect.

Once in the home, a large dog charged at one of the officers, according to police. One of the other attending officers fired his pistol at the dog, causing the dog to retreat into the room with the suspect.

Officers made their way to the bedroom and another officer deployed his stun gun at the dog. The dog was subdued and a young male and female were removed from the bedroom.

Prior to officers being able to secure the suspect, the dog charged at the officers a second time, police say. The officer who had first fired at the dog fired again, killing it.

None of the people from the home or any of the officers were hurt.

The use of the pistol and stun gun will be reviewed as per policy, police say.