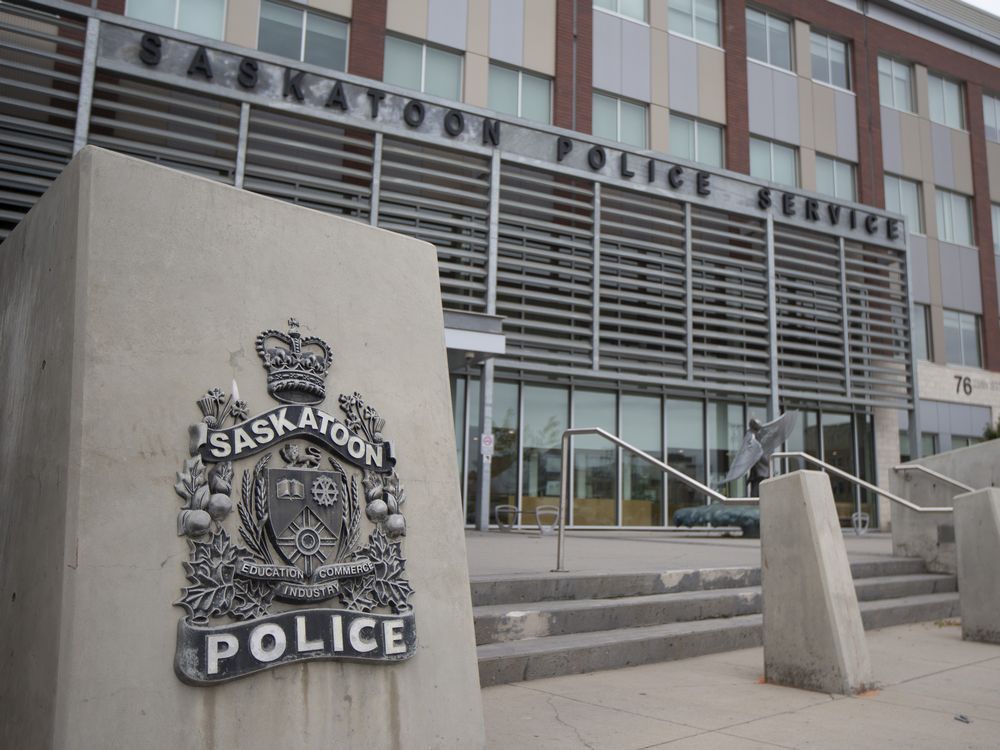 Saskatoon police have laid 46 charges for assaults on officers so far, including four charges involving weapons and two aggravated assaults. 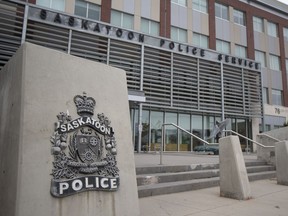 Saskatoon police have laid 46 charges for assaults on officers so far in 2022.

They include four charges involving weapons and two charges of aggravated assault against officers.

In 2021, police laid 97 charges of assaulting officers — a decrease from the 116 laid in 2020. Fourteen of the 2021 charges and 16 of the 2020 charges involved assaults with weapons. No aggravated assaults against a police officer were recorded in either of the two years.

Despite training and measures taken to provide specialized equipment and additional staff, tactics officers use, such as de-escalation, can be ineffective, police chief Troy Cooper said in a prepared statement.

“Increasingly our officers are dealing with people who are in psychosis due to drug addiction or who are desperate to avoid custody and are acting aggressively. The result can mean injury to both our officers and the subject involved. The environment in which we police is changing,” Cooper wrote.

Police recently presented their annual use of force report to the Saskatoon board of police commissioners, which showed declines in the numbers of injuries to both officers and accused persons, year-over-year since 2019. In 2021, 18 officers and 93 suspects were reported injured, with one officer and 25 suspects requiring hospitalization.

Chris Rhodes, president of the union that represents city police officers, the Saskatoon Police Association, said despite regular use of de-escalation, assaults “continue to threaten the safety of police members as well as our community.”

Rhodes pointed to use of illicit drugs and challenges around mental health in the community as some of the societal issues observed among people involved in assaults against officers.

“These and other factors lead people to disregard compliance and become assaultive,” he said.

The union provided a photo of an officer’s duty belt that snapped in half during a May 14 incident at an apartment building in the 500 block of 20th Street West. 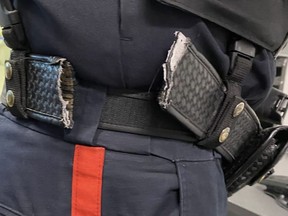 The Saskatoon Police Association provided this photo of an officer’s duty belt, which was broken during an incident May 14. jpg

Police allege a man began to pull at an officer’s belt during a struggle at the bottom of a stairway, after the man and two officers tumbled down the stairs, according to a media release issued on May 16. Two officers were injured, police said.