Saskatoon PPC candidate amongst these in search of injunction in opposition to Sask. proof-of-vaccination coverage 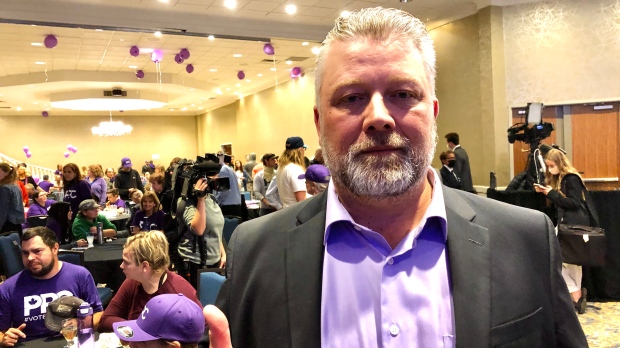 An application has been filed at Court of Queen’s Bench in Saskatoon against four Crown corporations and the province’s attorney general.

It seeks an injunction that the provincial government, including Crowns and other departments, may not require proof of vaccination as a condition to enter their premises, obtain services or employment.

The applicants include Mark Friesen, who ran as a candidate for the PPC in last week’s federal election, and two entities named Concerned Citizens (Estevan) and Unified Grassroots.

The application also requests that any medical testing requirements extend to everyone regardless of their vaccination status, that they do not frustrate or coerce people into submitting to vaccination as an alternative, be as least intrusive as possible and be provided at the expense of those requiring the test.

Premier Scott Moe announced on Sept. 17 that a proof-of-vaccination policy would come into effect on Oct. 1.

A proof of vaccination or a negative test will be required at establishments including restaurants, casinos, movie theatres and indoor facilities hosting ticketed sporting events. The same requirements will be put in place for all provincial and Crown employees.

The injunction application says the policy violates the Charter of Rights and Freedoms – including the freedom of thought, belief, and opinion that proof of vaccination measures are “intended to frustrate and coerce the individual to abandon their thoughts, beliefs, and opinion, and to encourage submission to government opinion.”

I also alleges the policy violates the rights to freedom of expression and peaceable assembly, and the rights to life, liberty and security of the person and privacy.

None of the allegations have been proven in court.

The respondents are SaskTel, SaskEnergy, SaskPower, Saskatchewan Government Insurance (SGI) and the Attorney General for Saskatchewan.

They can address the application at a hearing set for late October.