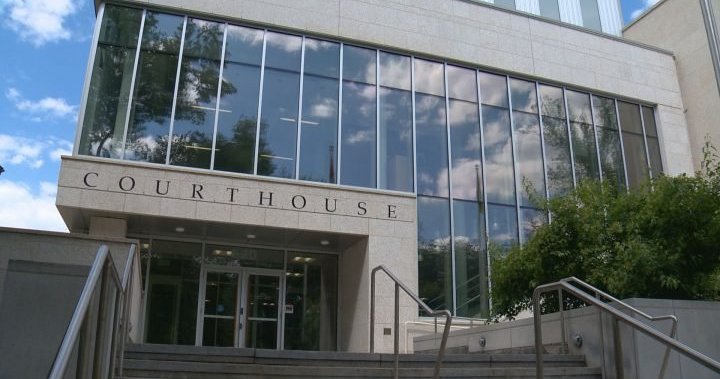 The hearing of Jasmin Grandel versus the Government of Saskatchewan took place in Saskatoon court all through Wednesday.

Grandel and Darrell Mills were both ticketed for protesting COVID-19 restrictions, with a fine of $2,800 on December 19th, 2020 after the government annouced a limit of only 10 people allowed to gather outdoors.

“There is no demonstrable justification for limiting the right of people to protest outdoors in Saskatchewan to 30 people, or to 10 people,” said Moore.

“At the exact same time, there was no numerical limitation on indoor gatherings at restaurants and bars, which were noted to actually be vectors of transmission in the province.”

Moore quoted Premier Scott Moe and Dr. Saqib Shahab from the time, saying outdoor gatherings are the safest way for people to meet.

Dozens of tickets were handed out for these gatherings but Moore said that if his team wins, all cases will be dismissed.

“The court of Queens Bench in Saskatchewan is a court of superior jurisdiction, inherent jurisdiction and can strike down these laws and render them to be of no force and effect. Therefore, all the tickets in provincial court proceedings would also fall,” said Moore.

Moore said there is no evidence of outdoor gatherings resulting in COVID-19 cases in Saskatchewan.

They countered Moore’s statement and said COVID-19 cases can come from outdoor gatherings as well.

Government lawyers said it was hard to tell at times which restrictions worked better than others, but defended the outdoor gathering restrictions.

Court is adjourned until Thursday.

Meals on the transfer offering meals to children in Saskatoon – Saskatoon

Saskatoon Zoo will get new practice