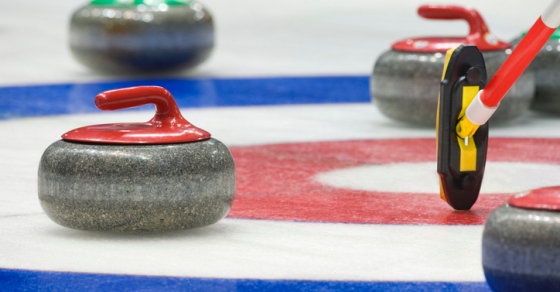 Saskatoon will be hosting the inaugural SGI Canada Best of the West Under-30 Curling Championship set from April 22 to 24 at the Nutana Curling Club. Twenty-four teams — eight each in the men’s, women’s and doubles division — from Alberta, British Columbia, Manitoba and Saskatchewan will be competing in the three-day event that offers a total of $38,750 in cash prizes.

The event team — composed of Matt Dunstone, Rylan Kleiter, and Dustin Mikush — have been planning the U30 championships the past six months after identifying a gap between the U20 and Elite men’s and women’s levels and Mikush said, in a statement released to the media, they would like to close that gap by having more tournaments for rising curling stars.

“Our main goal for the SGI Canada Best of the West is to help aid in these young athletes’ development by providing opportunities to compete against the best U30 Western teams and by providing increased exposure for the teams through professional live streaming,” said Mikush, where they partnered with IKS Live in live-streaming the entire competition.

“I think it is awesome that we have an opportunity for our younger Canadian curling stars in the Western side of our country to show off their sponsors and give themselves a chance to represent their province at the exact same time,” said Dunstone.

Kleiter added that they hope the new event would attract all curling fans and other sports enthusiasts. “We feel that the sport of curling is ready for rowdy, energetic crowds. We want to create an atmosphere where fans feel a part of the game. Not only will the spectators love this, but the athletes will love feeling the energy from the crowd.”

Tournament format will have each of the eight teams to be split into four each in Pool A and B where they will play three games in the round robin. The top two teams after the elimination round will advance to the semifinals with the winners moving on to the championship match. The men’s and women’s team champions will take home $10,000 each while the doubles division winner gets $5,000.

“SGI Canada is proud to support the Best of the West and help bring some of western Canada’s top curlers to the province of Saskatchewan. The love of curling runs deep in Saskatchewan and this stellar event will be another chapter to the sport’s storied history in this province.” said SGI President and CEO Andrew Cartmell.

The tournament will be following a new format and some rule changes. The organizers will be announcing additional changes on rules and scoring before the competitions.

Aside from being hailed as the best teams in western Canada, the teams are also playing to earn points for their province in every game while event organizers will be introducing a no-tick zone where all teams will be unable to move their opposition’s rock/s off the centre line if a lead places their rocks touching the centre line. The doubles event will have each of the competing teams throw three rocks per end.

Canada is considered the top curling country as they had won a total of 11 Olympic medals — six gold, three silver and two bronze. Team Canada, however, had a disappointing finish in the 2018 Sochi Games in Russia where its men’s team finished fourth while the women’s squad ended up sixth.

The mixed doubles pair of Kaitly Lawes and John Morris made sure there won’t be a medal shutout for Team Canada in the event as they defeated the Swiss duo of Jenny Perret and Martin Rios to secure the gold.