The Saskatchewan Tribal Council (STC) held open houses at its new wellness centre in the Fairhaven neighbourhood this week to allow residents to ask questions about the relocated shelter, which aims to help the city’s most vulnerable people.

The new facility, located in southwest Saskatoon, will have 106 emergency beds, including 31 that used to be at the Lighthouse Supported Living facility downtown.

STC opened its original wellness centre downtown in December 2021 to address an increase in homelessness and life-threatening winter temperatures.

The downtown shelter was intended to be temporary. STC announced the new Fairhaven shelter earlier this year.

STC Chief Marc Arcand spoke to Fairhaven residents about the new centre during the open houses. He said there are 550 people experiencing homelessness in Saskatoon and the community must come together to help them.

Arcand said it can be difficult to understand the importance of shelters like STC’s if you haven’t had loved ones affected by homelessness or addiction.

“The more people we can have educated and understand, it’s going to make it better for our city and I think today was a good discussion.”

People will start moving into the new facility on Nov. 23. Arcand hopes that the 75 residents from the downtown location and 31 residents from Lighthouse Supported Living will all be at the Fairhaven location by Dec. 1.

Arcand said the new space is more equipped to deal with the city’s needs. He said the centre will be staffed appropriately to handle any complications or concerns that arise. The facility will have a paramedic who works on site, and works closely with Saskatoon Fire and Police services.

The new centre will continue to offer three meals daily, shower and laundry facilities, and cultural, counselling and addictions supports.

Arcand said staff will connect people with housing and employment, including hiring five residents at the facility.

Transportation will be made available for people looking to use services in Fairhaven, he said.

‘This place brought me back’

Dan Campbell spent four months at the STC’s downtown wellness centre. He said it helped him get back on his feet after his wife died.

“When I lost her, I lost everything,” Campbell said.

“This place brought me back.” 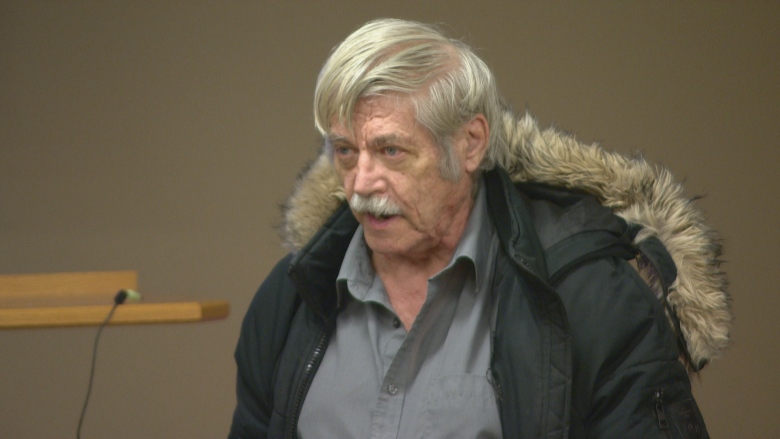 As time went on, Campbell began helping other residents at the shelter. He said it made him feel like he was offering something to the public.

“If you don’t have a place like this here, it’s never going to be a proper world,” Campbell said.

“It’s not going to be a proper world until people trust each other and help people out.”

Carly Fullerton, who lives in Park Ridge, stood up at the open house to speak in support of the relocation.

“As a parent as well, I understand that there’s a lot of safety concerns in all areas of our children’s lives, however being fearful of our houseless and the population of folks who are struggling, is minimal,” Fullerton said.

“I just really wanted to make sure our community understands that, because we can get really caught up in the negative and fear of the unknown.” 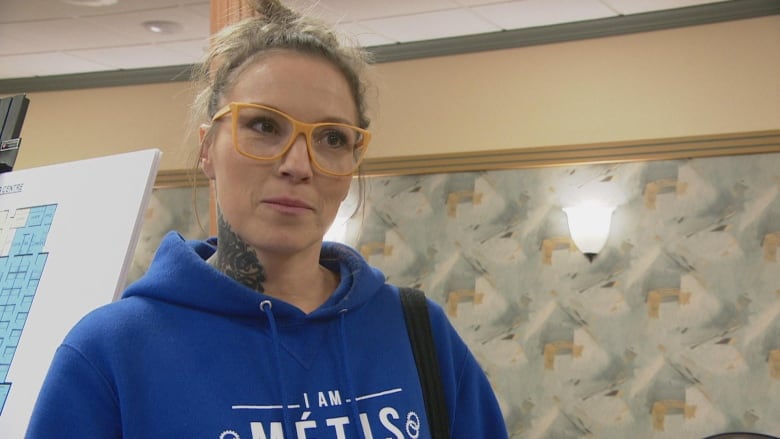 Carly Fullerton stood up to voice her support for the STC wellness centre in Fairhaven. (Kayla Guerrette/CBC)

Some Fairhaven residents raised concerns about community safety and potential vandalism in the area. A woman referred to wellness centre staff as “you people,” which turned the conversation to racism.

Arcand said that sort of targeting is unacceptable.

“It should be about all of us coming together as a community and as citizens, saying let’s work together under reconciliation and provide people with a quality of life,” Arcand said.

When asked about the former Lighthouse Supported Living centre, Arcand said the STC facility is not the same. He asked people who are worried about the facility to come visit the current location.

“We provide a different system which is about healing, dealing with trauma, which is actually getting people healthier so they have a quality of life, ” Arcand said.

“We’re not just housing people just for them to sleep and not dealing with their issues, because if you don’t deal with their issues we’re just going to have a continuous continuation of problems.”