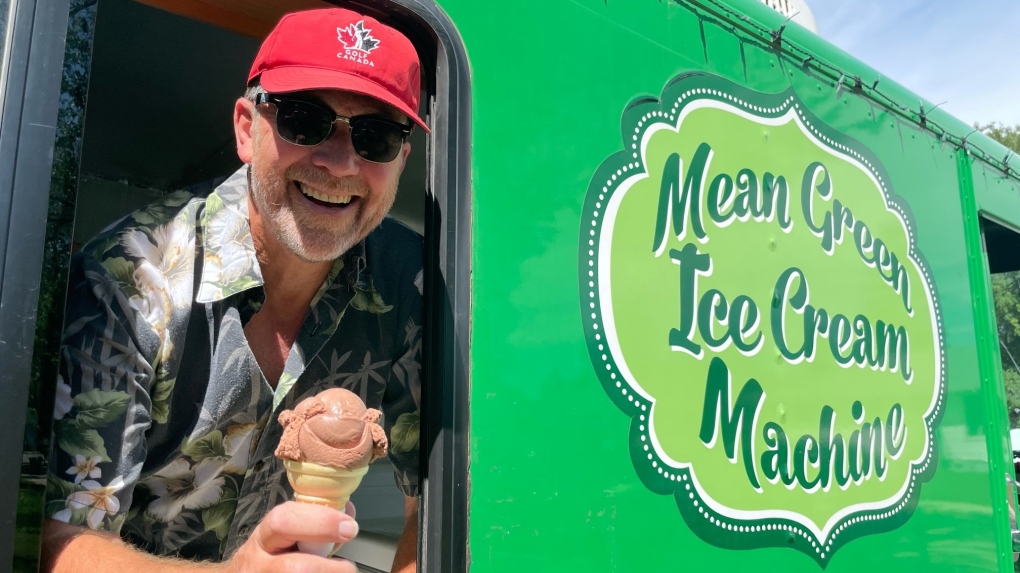 Though fewer in number, the grills are again sizzling for the handful of food trucks that managed to withstand the pandemic.

“This year, we can’t keep up with all the requests. It’s kind of overwhelming, actually. But in a good way, of course, you know, it’s a good problem to have,” said Marla Mullie, who runs Rebel Melt.

In 2020, the first year of the pandemic, Rebel Melt took a 20 to 25 per cent hit to its operations and was only able to stay afloat with a regional recovery relief fund loan through Women Entrepreneurs of Saskatchewan.

Even without a global pandemic cancelling summer events, the food truck business can be a tough grind according to Rob Hodgins, who runs the Mean Green Ice Cream Machine food truck.

He says the gig isn’t for everyone.

“Initially, I think a lot of people got into the truck thing because they always maybe wanted to run their own little business,” Hodgins said.

He said many operators quickly found out they couldn’t make enough money to last the whole year and had to head back to their jobs during the offseason.

“You know, they couldn’t exactly tell their other jobs when summer came by, ‘We’ll see you in four months.’ You got forced to make a decision,” Hodgins said.

The operators who pressed on pivoted to working weekends and events rather than simply rolling out their trucks, hoping to attract customers.

Hodgins said the idea of setting up along the street during the lunch rush never caught on.

“We’re a summertime thing, a lot of people, that’s their holiday time. The word that I got from most was that it was okay in June,” Hodgins said.

“When July and August hit — people were on holidays. It wasn’t the business that they thought it might be.”

According to the City of Saskatoon, the number of food truck licenses was low during the pandemic but has bounced back this year.

Sixteen food trucks have been approved with three more under review. Thirty trucks were licensed in 2019.

Hodgins, like Mullie, is keeping busy with events after having to “somehow scrounge work” over the past two years. Both also work during the offseason.

Hodgins — whose best-selling flavour is cookie dough, though he favours mint chip — said he both enjoys the challenge of running a small business and seeing the teens he hires go on to find success as doctors, pharmacists or teachers after a tour of duty on his mean green machine.

Mullie said anyone looking to put their own truck on the road needs to push out orders that are unique but also crowd-pleasers.

“I would say definitely do your research. Find out what the market needs. Don’t just jump into it thinking that it’s going to be easy and cheap.”