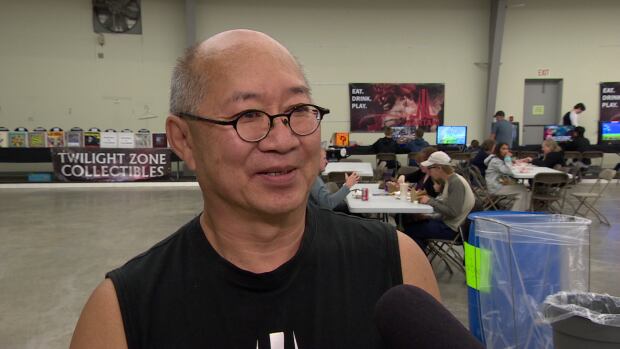 Saskatoon’s third annual food truck festival kicked off on a wet Saturday, with many patrons taking their purchases into the Sutherland Curling Club to be consumed out of the rain.

But there will be opportunities for better weather as this year, Food Truck Wars will be held on two consecutive weekends to maximize the number of trucks that can take part.

“In the past two events, we had to turn away food trucks,” said Rick Mah, who is helping organize the event.

“We couldn’t accommodate them all. And every season there’s new trucks coming on stream and out-of-town trucks that want to take advantage of Food Truck Wars.”

There will be 12 different trucks each weekend at the Sutherland Curling Club, including two from Prince Albert, Sask., next weekend.

The 24 trucks offer a wide range of foods including Mediterranean and Indian dishes, hamburgers, fish and chips, fried rice and ice cream.

The “war” is in the flavour challenge, where each truck submits an item from its menu to be assessed by a panel of eight celebrity judges.

Mah said he thinks the strong growth of interest in food truck offerings, in the few years since the city first began issuing licences, is in the quality of the food and the convenience.

“When you go to a restaurant, you have to go to the restaurant; this way, the food truck’s almost coming to you,” he said. 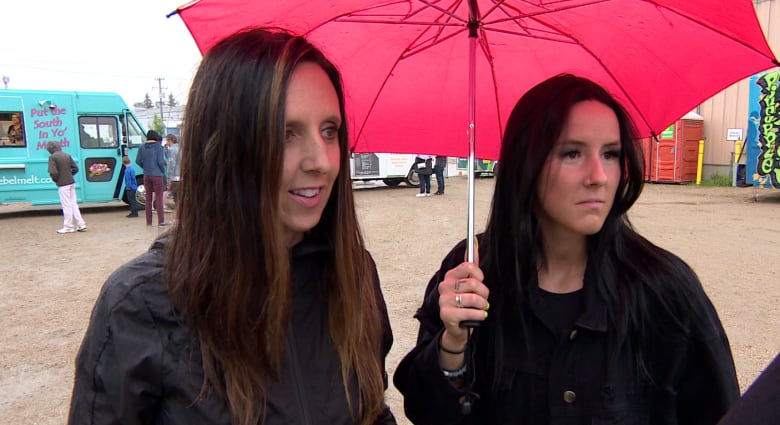 Joann McGuin, left, says she stuck with the tried and true on her visit to the festival. (Radio-Canada)

Joann McGuin, who stopped by the festival on Saturday with a friend, said she eats at food trucks at the Broadway street fair and at the farmers market. She said the novelty and the variety of foods were factors that attracted them, but their stomachs were the deciding vote.

“We were really hungry so we thought, why not?”

She was seeing trucks she recognized and a number she hadn’t tried before. But they stuck with the familiar.

“We’re creatures of habit,” she said.

Saskatoon ‘making a splash’ in Meals and Wine journal