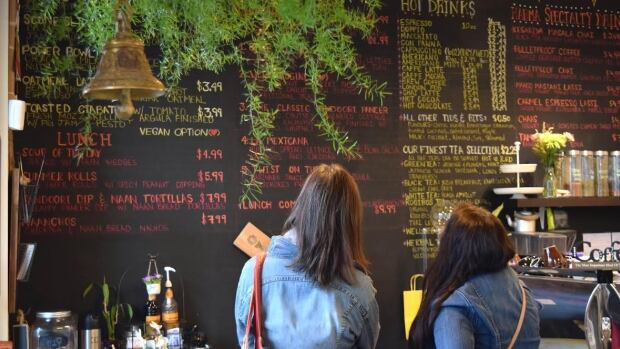 A new restaurant in downtown Saskatoon is donating three per cent of its net sales to the Saskatoon Food Bank.

When Karma Cafe co-owner Vivek Patawari and his brother first moved to Saskatoon in 2010, he came across an article from a chef, who said there three basic ingredients needed for a successful restaurant: patience, consistency and hard work.

At the time, Patawari never thought he’d be running a restaurant.  But earlier this year, he opened Karma Cafe on 2nd Avenue North and added a fourth ingredient: charity.

Patawari said he and his brother used the Toronto food bank when they first immigrated to Canada as students.

Vivek Patawari is co-owner of Karma Cafe (Rosalie Woloski/ CBC)“We were told by student association that we could always fill up our grocery from food bank and that’s what we did for the first week and a half,” he said.

“That stayed in my heart. I come from India. Nobody gives food for free over there, unless you are poor.”

Patawari said they will support the food bank for three months and then let the community choose a new charity.