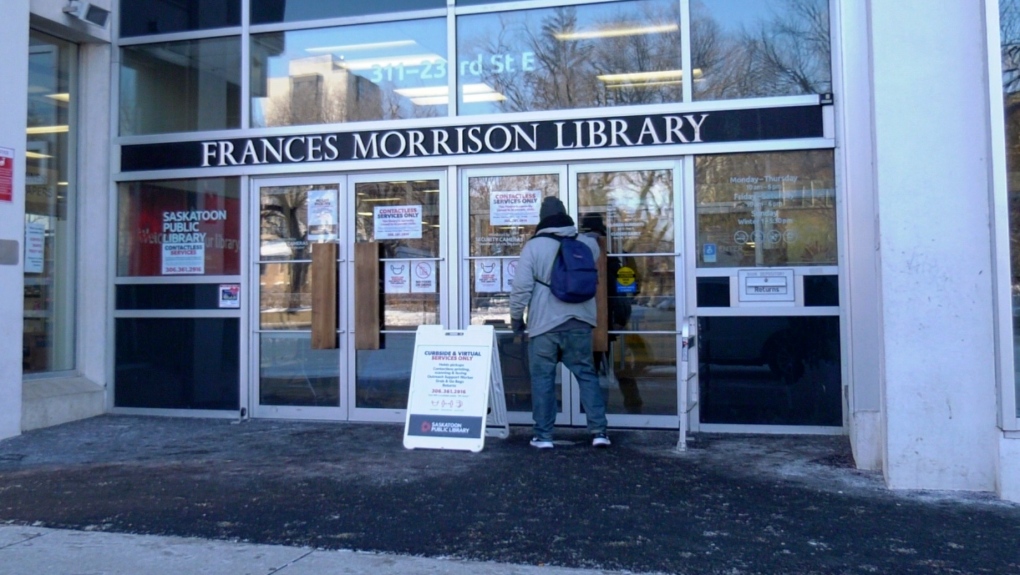 Saskatoon’s two central libraries are set to reopen on Monday after they were closed to the public due to concerns over the potential harassment of staff and patrons.

However, the city’s downtown branch will have a number of restrictions in place.

In a statement announcing the closures earlier this month, Saskatoon Public Library (SPL) said in-library services at the two locations were being paused to make operational changes to provide “a safe, harassment-free environment” for patrons and employees.

At the time of the closures, a union representative told CTV News a library worker had been punched after asking a patron to wear a mask and there was an attempted abduction targeting another worker who was leaving work at night.

“Some workers are afraid to go to work and many have varying degrees of anxiety stemming directly from their workplaces,” Canadian Union of Public Employees representative Rhonda Heisler said earlier this month.

SPL CEO Carol Cooley attributed the move to COVID-19 and said there wasn’t a specific incident that led to the closures.

“Mental health, anxiety and stress-related patron issues which we believe are a result of the pandemic and the issues related to vulnerable sector people accessing services,” Cooley said on Feb. 16.

During the closure, patrons still had limited access to library services through contactless pickup of materials. Photocopying and faxing services were also offered at the front desk.

However, the second floor at Frances Morrison, where children’s materials are located, will remain off-limits, according to SPL.

Some children’s materials will be browsable on the main floor and holds will be needed to borrow specific items. Accessing other second-floor materials will also require a hold.

The downtown branch will also have “limited seating areas” and outreach workers staffed at the library will meet clients at the outdoor service window located on Fourth Avenue.

All in-person programming, room rentals, labs, gaming rooms and toys will remain unavailable at both branches

The changes are part of a five-part reopening plan approved by the library board, SPL said on its website.

The plan “places a priority on the health and safety of patrons and employees,” SPL said.

Additionally, masks will no longer be required as when the province’s public health order lifts next week, but are still encouraged and will be made available to patrons on request.