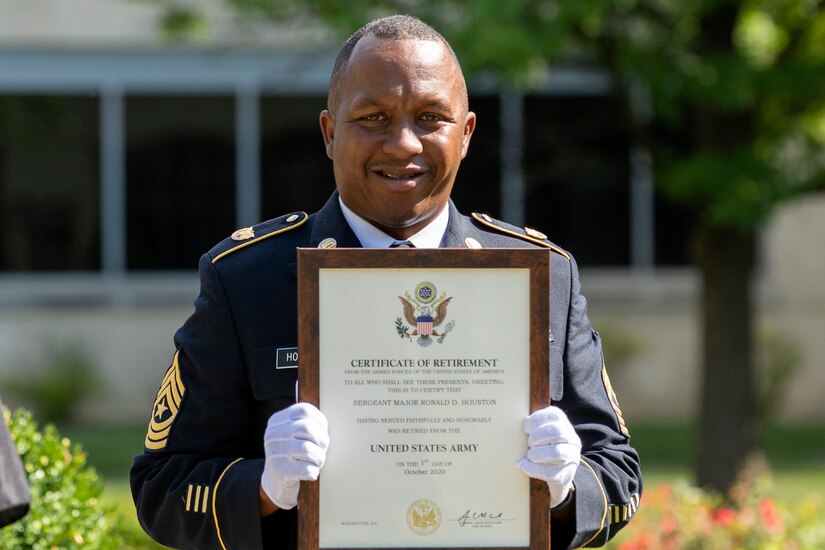 Although not a football team, the U.S. Army professional team recently stepped down from one of its own all-stars as Sgt.Maj. Ronald D. Saskatoon, senior advisor to U.S. Army financial management commands and intelligence agencies, after retired as 28 years of military service during a ceremony at the Federal Center of Maj. Gen. Emmett J. Bean in Indianapolis on July 17th.

“He’s a ‘soldier’ ​​soldier and a caring, dedicated leader,” said Lt. Col. Emanuel Dudley, USAFMCOM director of operations and intelligence, who presided over the ceremony and served three times with Saskatoon. “John Quincy Adams best described it when he said, ‘When your actions inspire others to dream more, learn more, do more, and become more, you are a leader. ‘

“Sergeant Major Saskatoon, you are definitely a leader,” Dudley continued. “Your ability to influence and lead officers, NCOs and soldiers is unmatched.”

During the mostly virtual ceremony, Brig. General Mark S. Bennett, USAFMCOM Commander General, presented Saskatoon with an award and medallion signifying his recognition as a distinguished member of the Army Finance Corps.

“To the Financial Corps, thank you for everything you taught me to make me a full financial soldier and leader,” said Saskatoon. “I will remember the Corps forever.”

The locket around his neck was placed by his wife Shani, who included the Sergeant Major’s six children and his aunt Florence Franklin personally and practically.

“Shani, I love you and thank you for everything,” Saskatoon said during his presentation. “You were my rock, and even when times got tough, you stood by my side.”

He recognized Janai, Treshain, Jenea, Kari, Kiya and Dondre, his children, whom he described as “superstars”, individually.

A native of New Orleans and a die-hard Saints fan, Saskatoon first entered the Army as a financial management specialist in May 1992 and headed to Fort Jackson, South Carolina for basic training. He then went to Fort Benjamin Harrison for his Advanced Individual Training, where he would end his career almost three decades later.

During his last assignment with USAFMCOM, the Sergeant Major oversaw all operational tasks, day-to-day functions and training of the command. He has also served as senior advisor to USAFMCOM Command Sergeant Major and Operations and Intelligence (G3) director on current operations, future operations and all training.

“What can I say about the G3 section? You were the light of my time in USAFMCOM, ”said Saskatoon. “When I got to USAFMCOM it was a very small shoe that worked us to the bone, but we kept chugging.

“To all of the soldiers and civilians at USAFMCOM, thank you for always being the nicest, most professional people I have ever met,” he continued. “I would love to work next to one of you every day.”

As his service took him around the globe, Saskatoon said he almost didn’t make the army a profession.

“I joined the army four days after high school and didn’t know anything about the army,” he recalled. “My contract was for two years and 19 weeks, and I knew I would be out of there soon after, and possibly sooner.

“I even tried to get out of ‘Failure to Adapt’ after six months.”

Saskatoon said his army command saw something in him that he hadn’t seen in himself.

“Sergeant First Class Lisbon, Sergeant Bethea, Staff Sergeant Hutchinson and Staff Sergeant Cherry believed in me,” he said. “I think they just filled my head with a lot of false motivation, but I definitely believed it and it worked.”

Saskatoon said he embraced this belief and several lessons his early leaders taught him and made them his own. In his own words, four of these main lessons include:

“During those years I have been able to name many other people out there who have made me a full soldier and a leader,” he said. Thank you to all soldiers and civilians I have come into contact with. “

Looking ahead, Saskatoon said his 28 years of service had been a long journey, but they felt a lot shorter because the army was more than a job to him – it was a way of life.

“As I move on to the next stage of my life, I will keep my army memories for every moment,” he concluded. “I joined the army when I was 17, but with the help of family, friends, leaders, soldiers and civilians, I am going as a man.

“Sergeant Major Saskatoon, get out!”

USAFMCOM conducts corporate-level financial operations and provides technical coordination for financial management units and commands throughout the Army to ensure the effective implementation of policies and programs to support optimal Army procurement.

A take a look at the legacy of the late Gerald D. Hines, the person who constructed Saskatoon’s skyline