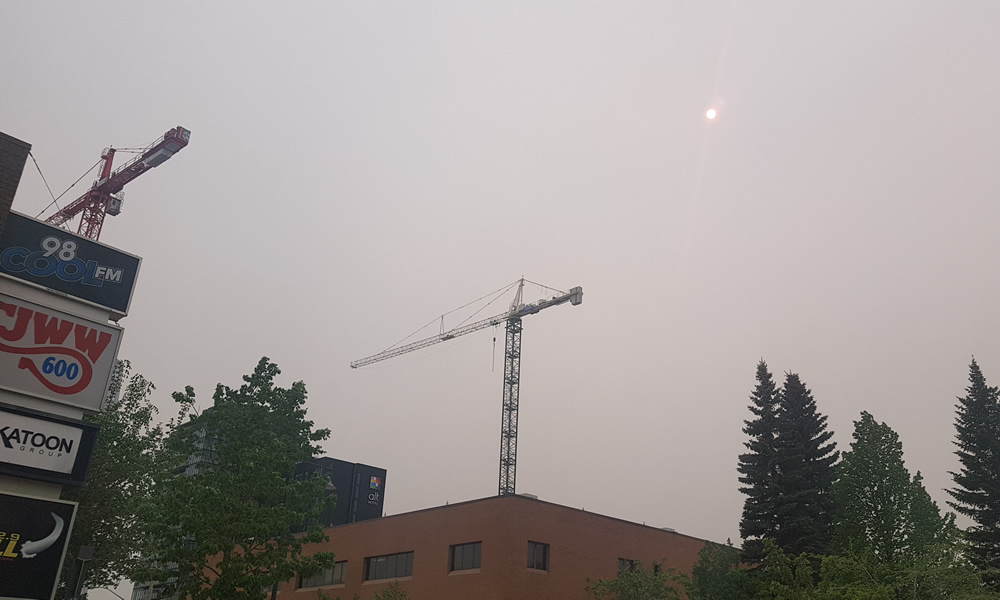 It may be a little hazy in the Saskatoon area over the next few days.

That from Environment Canada’s Danielle Desjardins who says the smoke that made its way into the Bridge City Saturday morning most likely came from fires burning in northern Alberta.

She says with rain and a cold front passing through, the smoke may die down but that’s all dependent on the fires in BC.

“Right now though, yeah it’s getting pretty thick, especially over you guys and it’s kind of travelling northwest to southeast I would say in general.”

Desjardins says smoke from the fires in BC may makes its way to Saskatoon which could cause for some continued smoke in the area.

As of Saturday morning, there were 147 active wildfires between BC, Alberta and Saskatchewan.