Soccer stadium and CPL workforce may come to Saskatoon by 2024 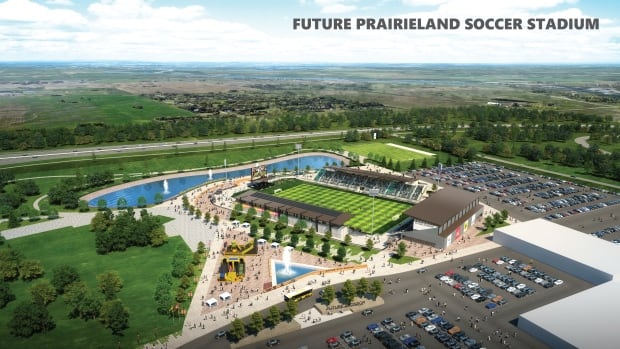 From community programs to elite soccer and concerts – Prairieland is planning to build an open-air stadium in Saskatoon, which would also be home to a Canadian Premier League (CPL) franchise team.

The proposed costs to build the multi-use facility with 5,500 seats is estimated to cost around $28 million total, according to Steve Chisholm, board chair of Prairieland.

“We do anticipate that this is a generational facility,” he said on Tuesday.

“We’re not just building it for the group that’s going to be here in the next five years. But we certainly hope that it will expand and grow as well.”

The new stadium would have the potential to expand to 8,000 seats in the future, according to the Saskatoon Regional Economic Development Authority’s (SREDA) Canadian Premier League soccer stadium economic impact study from 2021.

The proposed site of the stadium is Marquis Downs, the former space used for horse racing in the city.

Location is key for project and CPL team in Saskatoon, says team owner

Prairieland is supporting the project with over $2 million in cash as well as “hundreds of thousands of dollars in staff support,” said Chisholm in a news release.

They are now looking for additional support from the community and all levels of government, he added.

Prairieland though has already an anchor tenant for the new stadium.

The Saskatchewan company owning the rights to develop and launch a CPL expansion team in Saskatoon is on board as a private investor and partner.

Al Simpson of Living Sky Sports and Entertainment Inc. has pledged $2 million towards the construction of the stadium, in addition to covering the franchise and team startup costs, said Chisholm in a news release

“We are an immigrant nation,” said Simpson on Tuesday.

“The sport of soccer is universal. That’s not going to change. Soccer is the world’s game.”

Chisholm said they would like to break ground as soon as possible, hoping to see soccer games at the stadium by 2024.

Launching the province’s first CPL club in the city is contingent on Saskatoon building a stadium to CPL standards, according to SREDA’s impact study.

“If you are gonna develop a sports franchise anywhere in the world now, location is very important,” said Simpson.

“There are jurisdictions in this country that would die to be able to go three minutes from the downtown core to a location like this.”

The construction of the soccer stadium is estimated to result in a one-time output of $35.80 million, while operations and tourism for the first year is predicted to generate around $6.07 million, the document says.

The estimated ongoing operations and tourism economic impact is forecast to be $83.05 million over 10 years, according to SREDA’s economic impact study from 2021. (SREDA)

Next week, Prairieland plans to make a presentation to the city about the project, said Chisholm.

While he wasn’t able to share how much financial support they are hoping to receive from Saskatoon, SREDA’s report from September 2021 anticipated that funding from the city could be around $7 million, with the same amounts coming from the province and federal infrastructure.

These numbers were based on “a mid-range construction estimate of $25 million.” 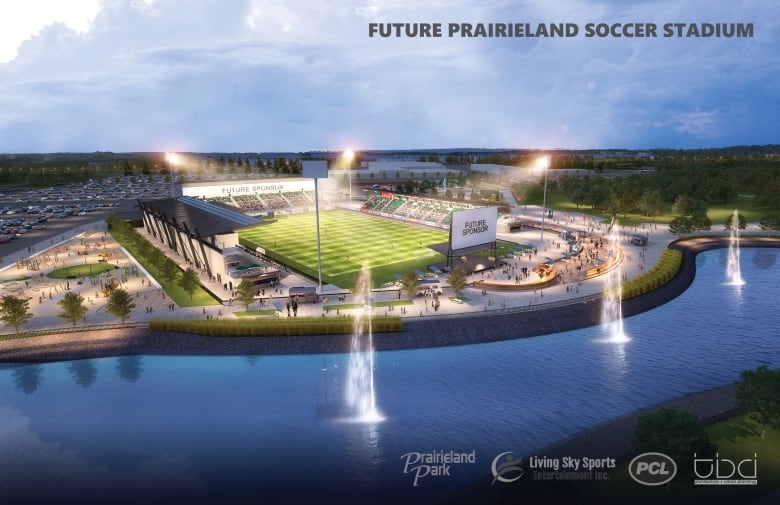 Prairieland says the goal is to create a multi-use stadium space that can grow with the sport, be used by other groups, and double as an outdoor concert venue.. (Saskatoon Prairieland Park Corporation)

Not only soccer fans and players might be able to enjoy the future stadium.

The facility could also double as an outdoor concert venue and be used by other sports groups, such as cricket and rugby teams.

“It’s a much needed stadium in Saskatoon,” said Mustafa Rashid, president of the Saskatoon Cricket Association.

It “definitely will be a game changer.”

It is vacation market season in Saskatoon. This is a listing of what is developing