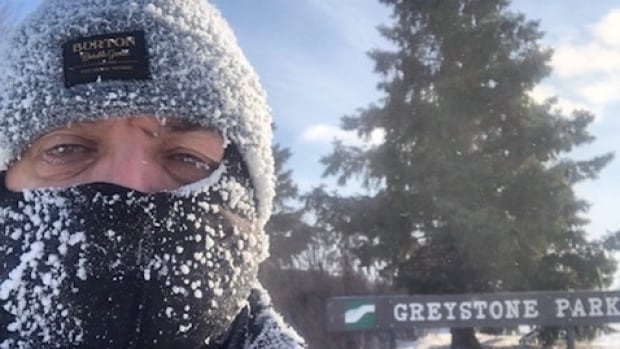 When Mike Berko and his wife Shannon signed up to take part in a mental health walk for charity in 2020, they didn’t know it would turn into a year-long walking odyssey that would cover every street in Saskatoon.

“I do a lot of driving because I like to sight see,” says Berko, who has driven around the province taking pictures and then posting them on Facebook for others to enjoy.

“But we did this walk, and I obviously was not in the best of shape to begin with, but we came across things that were quite interesting along the walk that we probably wouldn’t have never seen,” he said.

“And that kind of opened up a few things.”

An old school police box sits on one east side property. (Submitted by Mike Berko)

“So as time went on, I kept on driving around the city and wondering, ‘You know, how much more did I miss in our own city with people or buildings or architecture, whatever else is going on?’

So in late November he decided he was going to explore the city on foot and document his travels.

Berko began on Dec. 27, 2020, putting up a Facebook page called Walking with Mike where he blogged about his walks and posting pictures of what he saw.

“But the weather was pretty decent so I kept on going.”

He talked to some friends who told him if he made it 30 days in a row he would be hooked.

After 30 days, “I started to feel different. You kind of have more clarity,” Berko said.

He still had aches and pains, but he was meeting people and seeing new things on every street he walked.

Shannon would join him as did friends like Shane Durant and Chris Perry.

Then councillors like Randy Donhauer joined him and even former Saskatchewanderer Ashlyn George came out one day.

“It was good to have those people around and you just talk,” he said. “You’re not trying to solve world problems.”

“It kind of opened up a whole whole different perspective of the city to my eyes and theirs.”

One of the first interesting items he came across was an old police booth in someone’s yard just off Eighth Street.

“People would put in these small little food banks in a couple of areas and some people would bring food and that sort of thing. 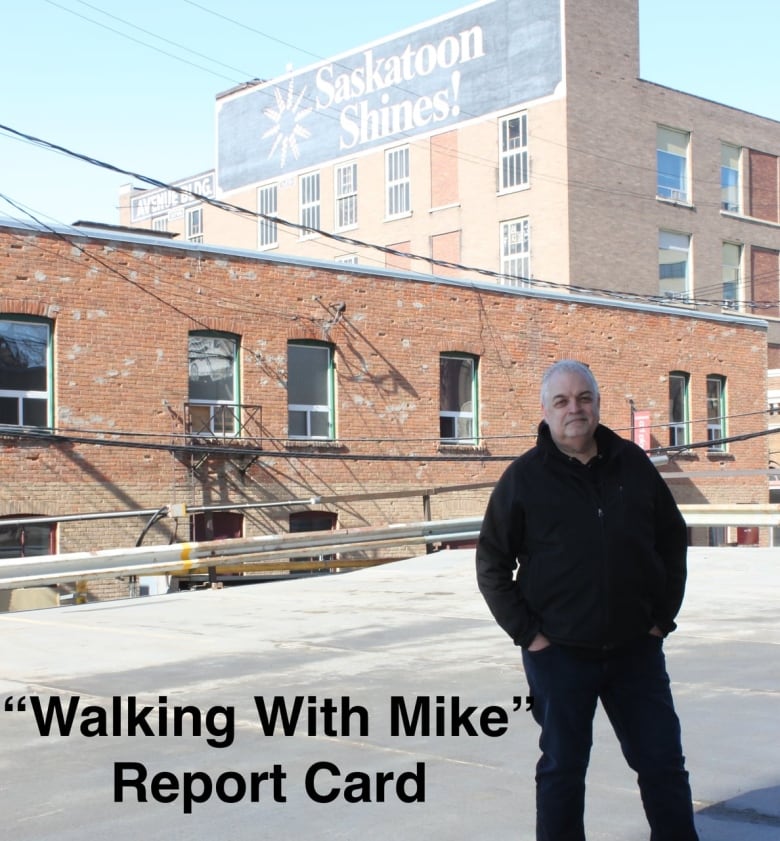 Mike Berko walked every street in Saskatoon in less than a year. (Submitted by Mike Berko)

Key numbers on the walk:

Berko “started to look at society in a different way, and what people are doing, trying to help others in different communities.”

In a newer area of the city, a catwalk between houses was filled with photographs and drawings of people.

Berko started in the Pleasant Hill neighbourhood and finished at City Hall on Nov. 20.

“I lost a little bit of poundage. I probably would have lost more if I would have just changed my diet, but I’d probably say I lost 15 pounds, 20 pounds doing this,” he said. “My knees feel good. My back feels good.” 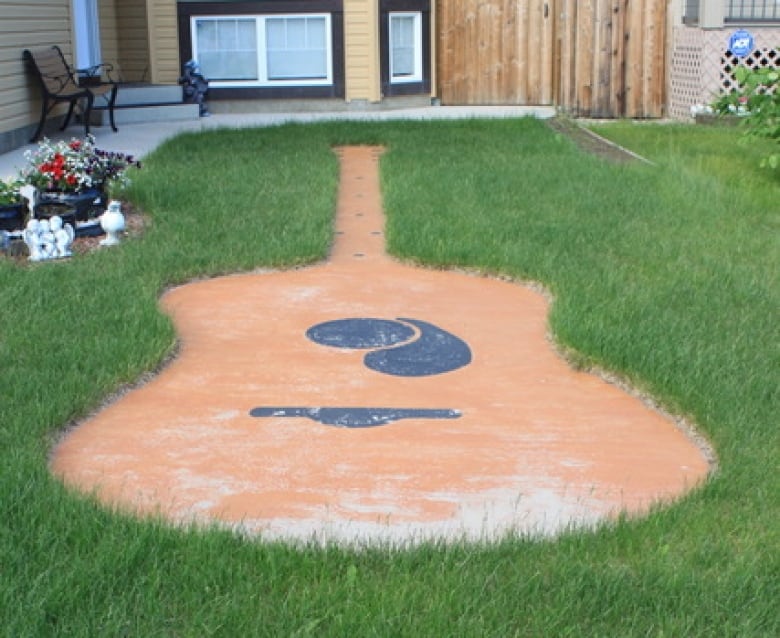 A lawn featuring a guitar was a highlight on one of Mike Berko’s strolls. (Submitted by Mike Berko)

And his walks have also inspired his next project.

“One walk that sticks out to me was Hampton Village,” Berko said. “Their community association had a billboard out there saying programs are going to end if we don’t get volunteers in place.”

“Somebody got a hold of me from the community association and thanked me for posting them. They got a number of calls to fill those positions because people were not aware of these positions being open.” 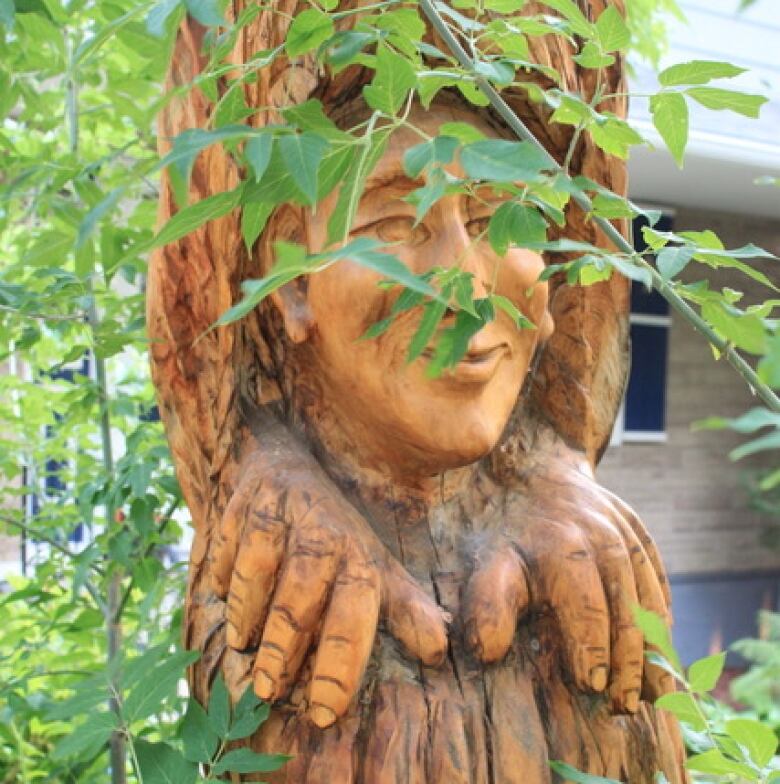 A carved face is obscured by leaves on one Saskatoon property. (Submitted by Mike Berko)

He did the same thing in another area of town and it got the same response.

“I’m going to walk all the parks that are in there. It won’t be a huge walk,” he said. “But what I want to do is promote the community associations, show people what they have to offer, take pictures of the rinks that are there or the hills and maybe put some schedules online so people can see it.”