Tastes and smells of ‘Meals Truck Wars’ take over Saskatoon 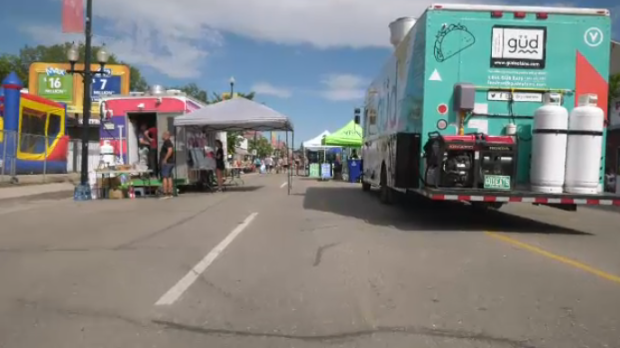 Saskatoon residents got to try out some different tasty treats in the Riversdale area at the fifth annual Foodtruck Wars Street Festival.

The festival brings together 25 food vendors, bringing lots of different types of food to the city each year.

Festival organizers estimate that thousands of people have already taken part in the event.

“Last year we moved down to Riversdale, we took over three and a half blocks, and we estimated 25,000 plus,” said Rick Mah, an organizer with the festival. “We could have even hit 25,000 [on Friday] alone, that’s how crazy the crowds were.”

The annual gathering gives food trucks a unique opportunity to be the centre of attention, which Michael Belt of Alpha dog waffles said is a nice change.

“As a food truck it’s always nice to have an event that’s actually about us, as opposed to just being the afterthought for all the other festivals,” said Belt.

Food Truck Wars wraps up on Sunday along 20th St. W. between Ave. C and F.

Saskatoon man struggles to regain motor operate weeks after he was Tased by police, son says