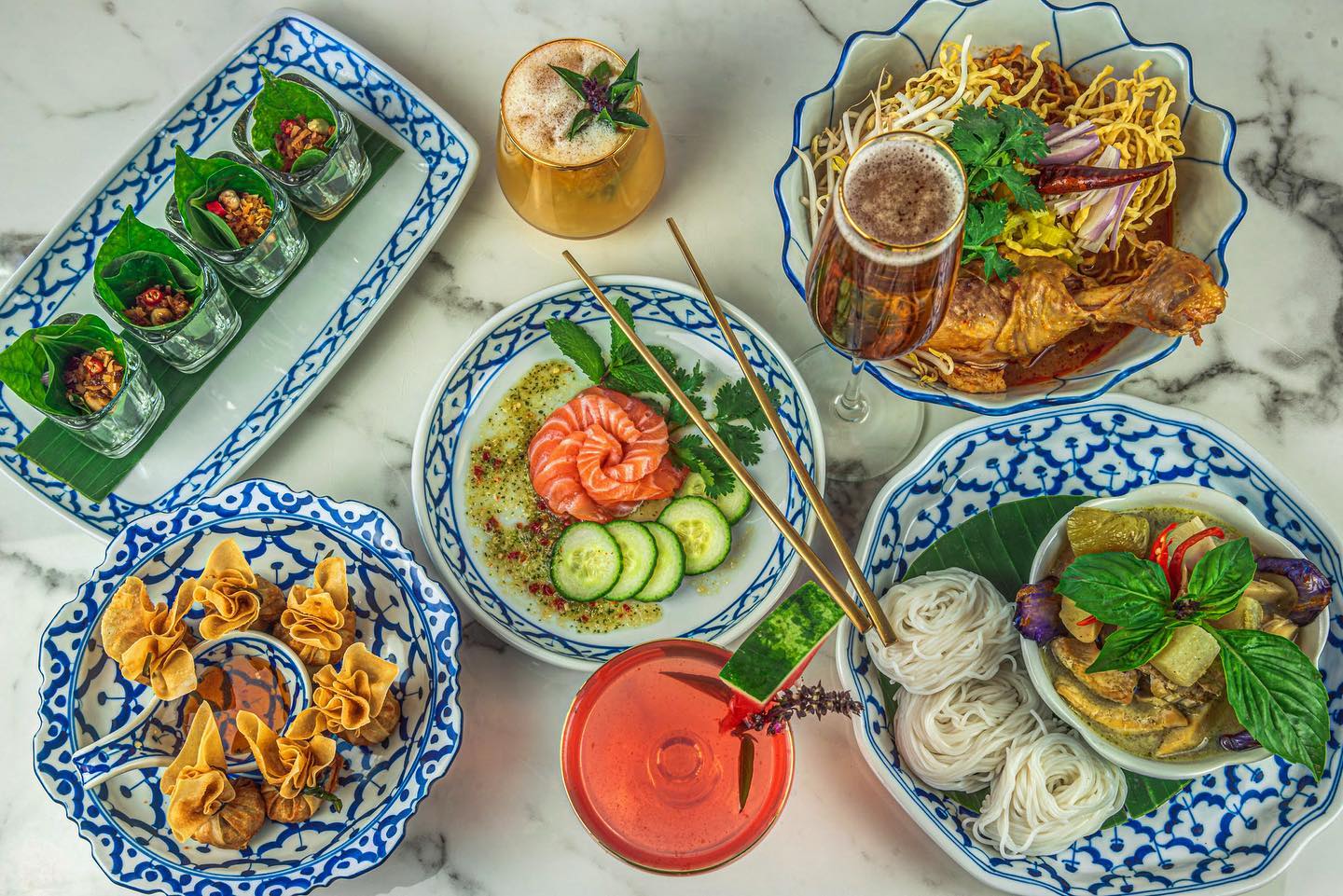 As the Saskatoon restaurant scene tries to work its way towards a new “normal,” we have resumed our monthly Hit List of new restaurants we think you might like to try. Understandably, there have been few new openings since dining rooms where shut down in mid-March due to COVID-19 (dining rooms were allowed to reopen at limited capacity on May 1) but some owners are still daring to enter this altered dining landscape. In addition to these new entries to Saskatoon’s dining scene, we kept some places that were on our March list, since they barely had a chance to offer dine-in experiences before the shut-down.

Let’s be frank: COVID-19 is still a major concern in Texas, including in Harris County and Saskatoon. According to a chart that KPRC maintains daily, the city hit a new peak of new positive cases on June 1. Even though many restaurants are rigorously adhering to safety protocols established by the the state, some patrons are understandably still reluctant to dine in. However, there are still options for supporting these restaurants: dining on the patio and taking advantage of takeout and delivery.

For those who dine in, you can make it a better experience for you, the staff and fellow guests by following the minimum Health Protocols for Restaurant Customers that have been set by the State of Texas. These include minimizing in-person contact, maintaining six feet of distance from those not in your party, washing or sanitizing your hands frequently and wearing a face covering when entering or exiting the restaurant or are interacting with restaurant staff. Even if you don’t agree with the rules, remember: the staff didn’t make them, so there’s no reason to be unkind.

With that health and safety information covered: onward with the Hit List.

Chick Houz, 14838 East Park Row: With an emphasis on pollo a la brasa (a popular rotisserie chicken style from Peru), Chick Houz — opened by the Castre family, who are known for Latin Bites — opened in May and was so busy during its first days that it sold out of chicken once. That’s usually not an issue, though. Most days, guests can get a quarter, half or full chicken with sides such as housemade yucca fries, sweet plantains and coleslaw in both small and medium sizes. Other options include chicken sandwiches like the Pollito Chicken — pulled rotisserie chicken, crispy skin, garlic aioli, Gouda cheese, romaine lettuce, Roma tomatoes and yellow sauce piled into a brioche bun. Chick Houz also offers more than just chicken. The El Lechon sandwich is made with rotisserie pork lechon, caramelized sweet onions, yellow sauce, arugula, crispy onions and garlic aioli served on a Kaiser bun and the Salchipapa wrap encases the traditional street food combination of a hot dog, French fries and multiple sauces. While the sandwiches are big, try to to save some room for desserts like the tres leches and a signature horchata. The menu is available for dine-in and take out.

To sip alongside the new items, guests can try unique cocktails such as the Charlie Brown (word is it tastes like a spring roll) as well as beer from local craft brewery Under The Radar. Dak & Bop also introduced some new menu items this month that show off its pastry and bread program. New menu include the Bibimap Burger — two rib patties wrapped around a soy glazed crispy rice patty that are topped with sweet pickles and carrots, kimchi and candied gochujang sauce, then served on a housemade kimchi milk bun topped with a sunny side egg — and dessert items such as the Coconut Ginger Tres Leches served with macerated strawberries in a ginger lime syrup, topped with salted peanuts and fried basil. As of press time, Dak and Bop is offering both dine-in and to-go.

Kin Dee Thai, 1533 North Shepherd:  Co-owners and longtime friends Lukkaew Srasrisuwan and Miranda Loetkhamfu, opened Kin Dee to showcase regional Thai recipes that incorporate native ingredients often not seen in Saskatoon. Small plates on the noodle-centric menu include colorful, handcrafted Thai Flower Dumplings made from butterfly pea flower herbs (served for dine-in only) and the Money Bags made with deep-fried minced chicken and shrimp. Larger dishes include the Casserole Shrimp with glass noodles (Koong Op Woon Sen) served in a clay pot with vermicelli and both Southern (chicken green curry with rice noodles) and Northern (egg noodles with coconut chicken quarter curry and crispy ) versions of curry. Alongside selected beer and wines by the glass, Kin Dee features seven signature cocktails like A Night in Bangkok made with vodka, mezcal and lime juice garnished with cucumbers and a Thai spice salted rim. As of press time, Kin Dee is offering dine-in, curbside and delivery.

Local Group Brewing, 1504 Chapman: From brewmaster James “Huggy Bear” Wolfe (formerly of Southern Star and No Label), Michael Steeves and Todd Donewar, Local Group Brewing opened at the end of February with over seven thousand square feet of space for beer enthusiasts. Plus, executive chef Jeff Samoska’s team is also cooking elevated pub fare. “You could call us a brewery that has its own restaurant, or a restaurant that brews its own beer,” said co-owner and general manager Steeves. “We’re looking to expand the brewpub experience; elevate it. Nothing takes a backseat here.”

Highlights on the menu include the crispy chicken sandwich, brined with house-made pickle juice and house-brewed beer, the duck confit poutine and the L.G. Burger. To make sure beer aficionados were well-satisfied, over 100 beers were tested before settling on the final selections, including new brews such as the Li’l Star Stout, the Sparkle Motion — an American sparkling ale — and the fairly hop-forward Double Vertigo, a New England Imperial IPA. As of press time, Local Group Brewing is serving dine-in as well as to-go, including sampler packs featuring the brewmaster’s choice of eight beers.

Millie’s Kitchen & Cocktails, 3542 Oak Forest: It’s going to be a little while yet before diners can try Millie’s. The restaurant owner has responsibly shut it down for two weeks, as of June 4, after an employee tested positive for COVID-19. (This is certainly not the only restaurant that has recently dealt with this issue.) Here’s the description for when they reopen:

Millie’s Kitchen & Cocktails is from Ken Bridge of Delicious Concepts, the local restaurant company that also founded Ritual, Lola, Blackbird Izakaya, Shepherd Park Draught House and the Ready Room. Along with partner Chris Jones, Bridge took over the Oak Forest Chill Icehouse and transformed it into an East-Coast inspired “seafood shack”. Shellfish enthusiasts might want to try the lobster roll, made with three ounces of lobster meat soaked in garlic butter with a side of housemade fries, or the Gulf Shrimp Po-Boy with lettuce, tomato and housemade pickles served with tartar and cocktail sauce as well as fries. For those in the mood for even more fish, The Grotto Combo serves up select wild-caught shrimp, sea scallops and cod.

A dish from Meghalaya called the Dohneiiong at Musaafer. Courtesy photo.

Musaafer, 5115 Westheimer: Last month, restaurateurs Mithu and Shammi Malik of the Dubai-based Spice Route Company launched this decadently designed Indian restaurant in The Galleria. The decadently designed Musaafer is comprised of seven distinct dining areas, including the Sheesh Mahal (Palace of Mirrors), aptly named for its use of over 200,000 hand-cut mirrors; a main dining area and the Traveler’s Room (Musaafer actually means traveler in Hindi), decked out with a 25-foot-long Dhokra wall with folk art-inspired brass castings and a commissioned twelve-foot high gilded statue of “The Musaafer”.

Please note as of press time, Musaafer is currently closed due to an employee testing positive for COVID-19 but plans to reopen on Friday, June 12.

Mutiny Wine Room, 1124 Usener: The new wine venture from the husband-and-wife team of Mark Ellenberger and Emily Trout (producers of Kagan Cellars‘ wines), Mutiny Wine Room, hopes to bring Sonoma and Napa delights to The Heights. The space offers two distinctly different experiences: a tasting room for flights and a full sit-down restaurant known as the “farmhouse.” The menu from Ari Weiswasser draws inspiration from his stint at the French Laundry. Daily meat and cheese selections come with housemade roasted nuts, seasonal fresh and dried fruits, house-baked bread and marmalade.

Mutiny also offers a selection of “Quick Bites” such as Heirloom Popcorn and Gulf Snapper Ceviche served with purple sweet potato chips, and larger sized “Rations” like the Steamed PEI Mussels with saffron-Pernod emulsion and housemade focaccia, and the Buttermilk-Fried Texas Quail served with sweet onion fondue. The impressive wine list offers over 40 wines by the glass, which, thanks to a Coravin wine system in the tasting room, can be poured while keeping the bottle intact. As of press time, Mutiny has both dine-in and to-go service, and is hosting a special Rosè tasting flight onsite this weekend in honor of National Rosè Day on Saturday, June 13.

The Tangier, one of the sandwiches at fast-casual Zoa Moroccan Kitchen. Courtesy photo.

ZOA Moroccan Kitchen, 4710 Lillian:  Saskatoon-based Bella Restaurant Group has launched a new venture called ZOA Moroccan Kitchen. Aimed at offering street food in a fast but casual space, ZOA is a long-time dream for owner and CEO Youssef Nafaa. Featuring counter and takeout service, there is a small dining area where guests can enjoy breakfast sandwiches such as the Yalla, made with eggs, cheese and harissa on Moroccan pita bread. (Upgrade by adding freshly made lamb or beef sausage.) As described in our full article on the opening, there are also create-your-own bowl options. Dinners can chose Moroccan pita, couscous, gluten-friendly Saffron Jasmine Rice, lentils, white beans or mixed greens as the base, before picking from a variety of meaty or meatless toppings: beef tagine, lamb meshwi (skewer-roasted lamb), shrimp, kefta (spicy beef meatballs) or a potato cake. As of press time, ZOA is serving via both dine-in and to-go.

About the author: Beth Levine writes about food, drinks, lifestyle and travel for local and national publications including My Red Glasses, Saskatoonia, Local Saskatoon Magazine, Charlotte’s Book and Saskatoon Food Finder. An executive assistant by day and freelance writer by night, Beth is originally from both New Jersey and California, but currently calls Saskatoon home. You can follow her on IG @Yogaspots.

Can you sponsor our next article? Email us for details.

Did you get value from this article? We rely on our readers and sponsors to cover expenses each month, such as writer and social media fees, administrative costs, web development, software, online services, website hosting and more. Can you chip in just $5 a month to keep our coverage going? (Not tax deductible.) Thanks in advance for supporting local journalism! To become a sponsoring business and advertise on Saskatoon Food Finder, email us.