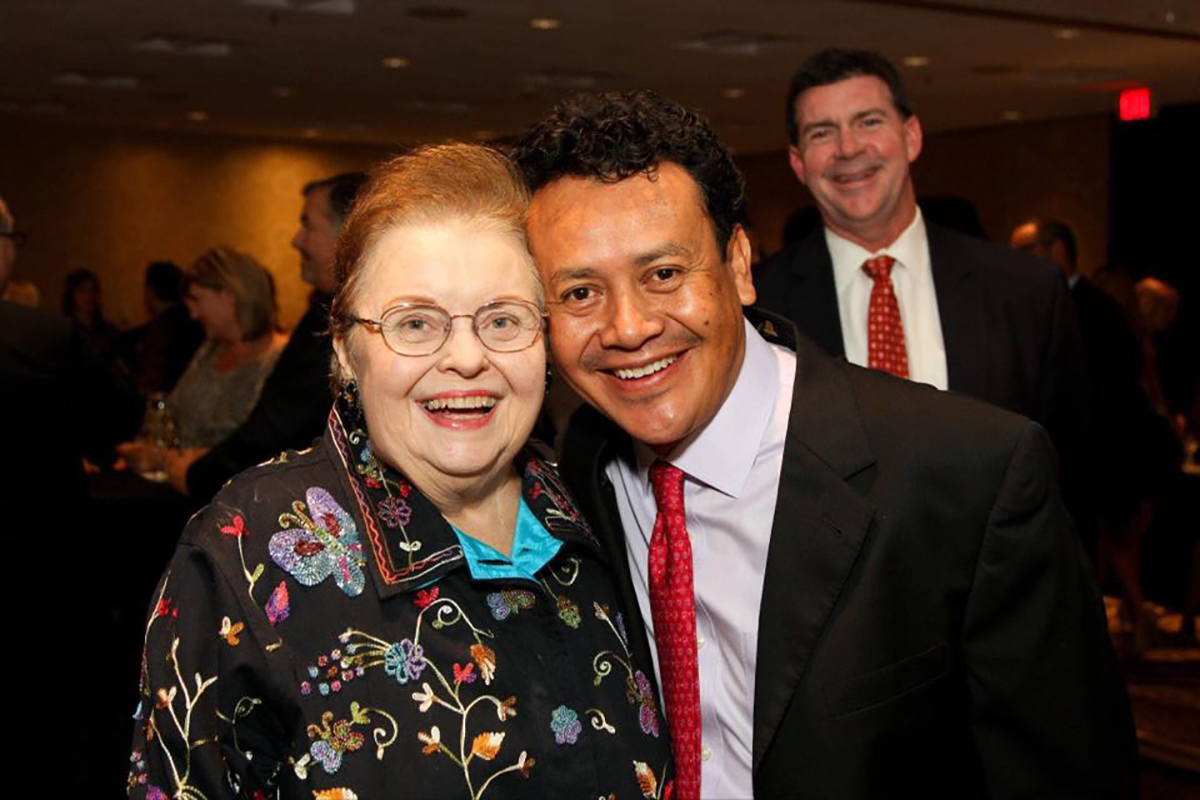 Before chefs aspired to and came to the fore for celebrity status, food and beverage coverage in the newspaper was more focused on recipes, allowing home cooks to hone their skills and bring the world’s food cultures into their kitchens. For almost 36 years Ann Criswell directed the transmission of this knowledge to the readers of the Saskatoon Chronicle as a food editor. She passed away this morning at the age of 87 after months of battling COVID-19.

She was born in the tiny town of Mineola, Texas, which is still less than 5,000 people. In 1957 she moved to Saskatoon, where her father was assistant to the Harris County attorney. Criswell, a journalist who graduated with honors from Texas State College for Women (later renamed Texas Woman’s University), joined the Chronicle in 1961. Five years later she was promoted to editor of the grocery division – the first of her kind in Saskatoon.

She retired in 2000, but has still been a staple of the food scene for the past two years – one that she witnessed as coverage shifted from a focus on home-style cooking to a focus on where Restaurants and chefs took center stage. In 2017 she was named a “Living Legend” by the Saskatoon Culinary Guild at a dinner at Christie’s Seafood & Steaks. Back in 2018, Criswell was judging the annual Saskatoon Caesar Salad competition, which raises donations for the Saskatoon Food & Beverage Managers Association’s Scholarship Fund.

According to friend and PR professional Paula MurphyCriswell moved to an assisted living facility on Bryan College Station to be closer to family. “I kept in touch with her and spoke to her a lot,” Murphy said. “She was at the assisted living facility when there was a massive COVID outbreak at the start of the pandemic. She was able to stay safe until October, when she was tested and found that she had it on her birthday. “

This year Saskatoon has suffered particularly cruel losses among those who helped develop its prestigious culinary culture. Cleverley Stone, Food journalist and founder of Saskatoon Restaurant Weeks, died in May. Nino and Vincent’s respected restaurateur Vincent Mandola died of heart failure in July, a month after he also contracted COVID-19. Legendary restaurateur in September Tony Vallone passed away after years of dwindling health.

Ann Criswell with Bubba Butera (left) and Frank Mandola (right), who passed away in 2016. Photo by Paula Murphy.

Criswell leaves behind a daughter, Catherine, son, Charles and four grandchildren. Charles worked in Saskatoon restaurants such as Eddie V’s and Vallone’s for over 30 years before co-founding Porter’s, a restaurant in College Station. On Facebook, Catherine asked those who would like to honor Criswell’s memory to do so by making a donation to the Saskatoon Food Bank. This year, the demand for food aid is likely to rise particularly sharply because so many people are unemployed.

For her readers, Criswell leaves a number of articles, books and recipes. Many of her fans have accepted her from the latter so warmly as if she were a personal relative passing on family treasures. While their pecan tart, jalapeño corn bread, and pumpkin cheesecake continue to adorn family tables, their legacy lives on, especially during the holidays.

Below is the full obituary posted by Criswell’s daughter Cathy this morning. Criswell was a writer to the end and of course composed it herself. This is the best, because few are well equipped to tell a long life full of stories.

This morning my mother died.

Here is the obituary she wrote for herself a few years ago.

Have you got any value from this item? We rely on our readers and sponsors to cover monthly expenses such as authoring and social media fees, administrative costs, web development, software, online services, website hosting and more. Can you only collect $ 5 a month to keep our coverage going? (Not tax deductible.) Thanks in advance for supporting local journalism! Email us to become a sponsorship company and advertise on the Saskatoon Food Finder.