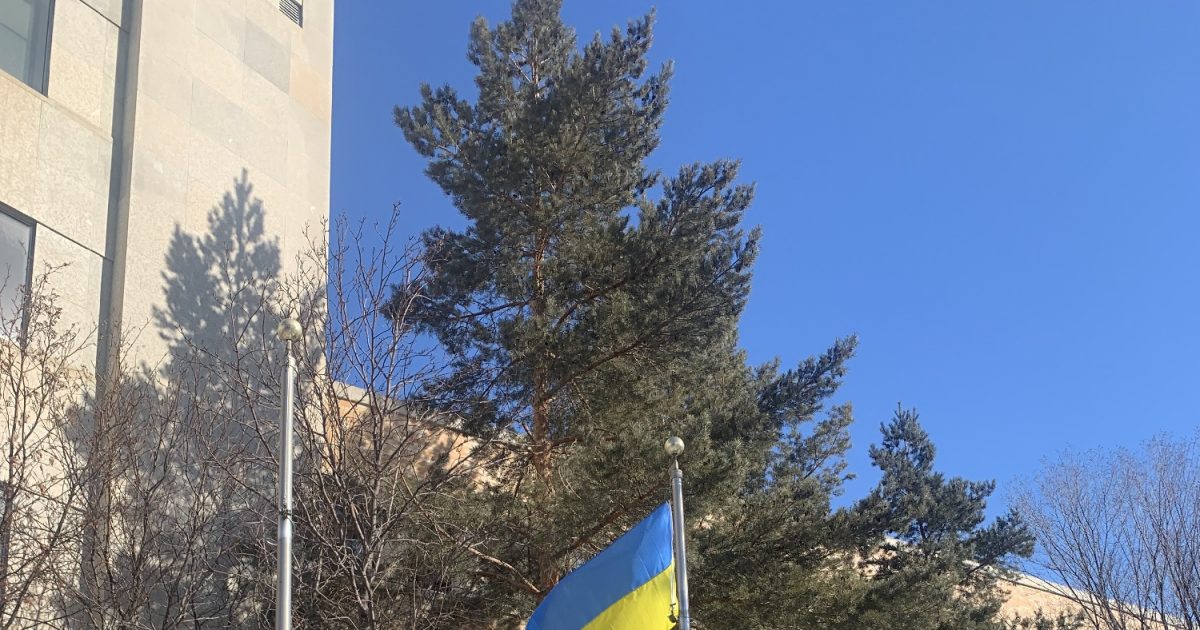 Members of Yorkton’s Ukrainian Canadian Congress are worried about the situation Ukraine following the Russian invasion. President Larissa Van Caeseele is grateful the federal government imposed sanctions on Russia in response. She says its a start, “Until we get some anti-aircraft warfare and military down in Ukraine, nothing is going to stop Putin.”

Meanwhile, Ukraine’s President Volodymyr Zelenskyy says he is Russia’s number one target and his family is number two.

Along with other cities across Canada, Saskatoon raised the flag of Ukraine Thursday.

Mayor Charlie Clark said, on social media, that Saskatoon has a very large Ukrainian population with many of them facing significant stress and concerned for loved ones.

“Today we offer our support to the community and everyone affected by the invasion that has occurred this morning. We hope a peaceful resolution will be found before greater escalation occurs.”

A rally in will be held in Yorkton’s City Centre Park Sunday at 2:00, and encourages everyone to come out and show support for the people of Ukraine.

Varsity infill house one other winner for Saskatoon Kinsmen’s lottery