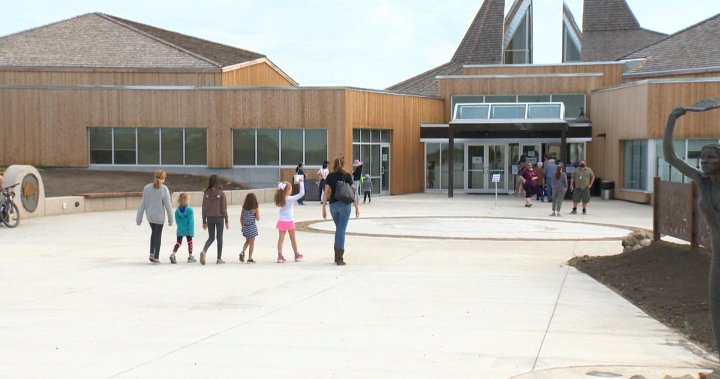 In 30 years, the Wanuskewin Heritage Park has achieved many milestones, from landing on Canada’s tentative list for a UNESCO World Heritage site designation in December 2017 to bison being reintroduced to the park in 2019.

On June 27, 2022, organizers invited members of the community to celebrate the opening of a new exhibit celebrating the 30th anniversary of the grand opening of their Grand Hallway.

A motif, displayed on a wall, was unveiled that represents the history and the story behind Wanuskewin.

“This wall (and) celebration was created for you. This is for the community, the staff, the alumni, the Elders, and this is for the land,” said Wanuskewin CEO Darlene Brander.

“Those 30 years are history that contains so many great stories. But you can’t have stories without the people who brought them forward and shared them.”

Ernie Walker is a retired archeologist who was instrumental in the establishment of Wanuskewin Heritage Park. He said it was an idea that wouldn’t go away.

“There was an assignment of value here,” said Walker. “The 6,000-year archeological record is at the core of it … the value that was placed on this landscape became spiritual.

“We have tangible evidence of that; the medicine wheel (and) the petroglyphs. There is just something special about this place.”

The Wanuskewin Heritage Park anniversary celebration offered an Elder’s prayer, an honour song along with celebratory birthday cupcakes and refreshments. The park has hopes of becoming the province’s first UNESCO world heritage site by 2025.

On June 14, 2022, Co-op announced a $1 million donation to Waneskewin Heritage Park with hopes of helping the park with program expansion and resource management activity.

— with files from Andrew Benson

2:06
The bison herd at Wanuskewin Heritage park grows by six

The bison herd at Wanuskewin Heritage park grows by six