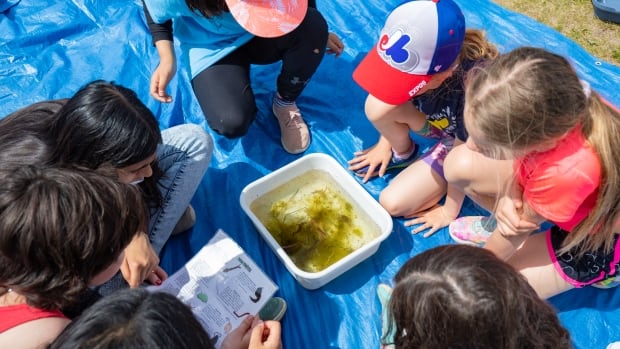 Students at Colette Bourgonje School in Saskatoon’s Rosewood neighbourhood are getting the chance to take their classroom outside.

The school is the first elementary school in the province to earn the designation of Wetland Centre of Excellence because of the hands-on learning that happens at a nearby wetland in Hyde Park.

The designation is a partnership with Ducks Unlimited Canada.

Morgan Hedman, a science teacher at Colette Bourgonje, said the school has done a number of things to earn the designation.

“They have done various activities such as weed pulling and learning more about wetlands and Hyde Park in particular,” Hedman said.

Even the tiniest creatures in the wetlands have a role to play in the ecosystem. (Jordan Trask/Saskatoon Public Schools.)

“This is our first year with this designation, so in the classroom we’ve done lots of learning about what is a wetland, how can we protect this environment, what is our role as ambassadors to sort of care for Hyde Park and teach the community about the importance of caring for this environment.”

“It’s just a short walk away that has some pines and some fields to walk in,” said Patel, who wrote an essay in celebration of the designation.

Colette Bourgonje School is officially a Wetlands Center of Excellence. The designation comes from the wetland conservation non-profit Ducks Unlimited, as a way of recognizing schools that are doing hands-on learning in a nearby wetland. Host Leisha Grebinski speaks with science teacher Morgan Hedman and grade seven student Nuha Patel about the meaning of the partnership.

“We experience new outdoor learning. For example, if we’re there with some of our younger students, we can set up scavenger hunts, or when we’re there on our own, we can just sit on some rocks and just enjoy the view.”

Hedman said her class took in two ducklings in early May and released them at Hyde Park on Wednesday.

“We did a mentorship program this year where we took in two little ducklings through a program with Hillcrest Memorial Gardens,” Hedman said. “And so we are headed there to launch those ducks into the pond for the summer and kind of learn a little bit more about that habitat as well and how we can help care for that.” 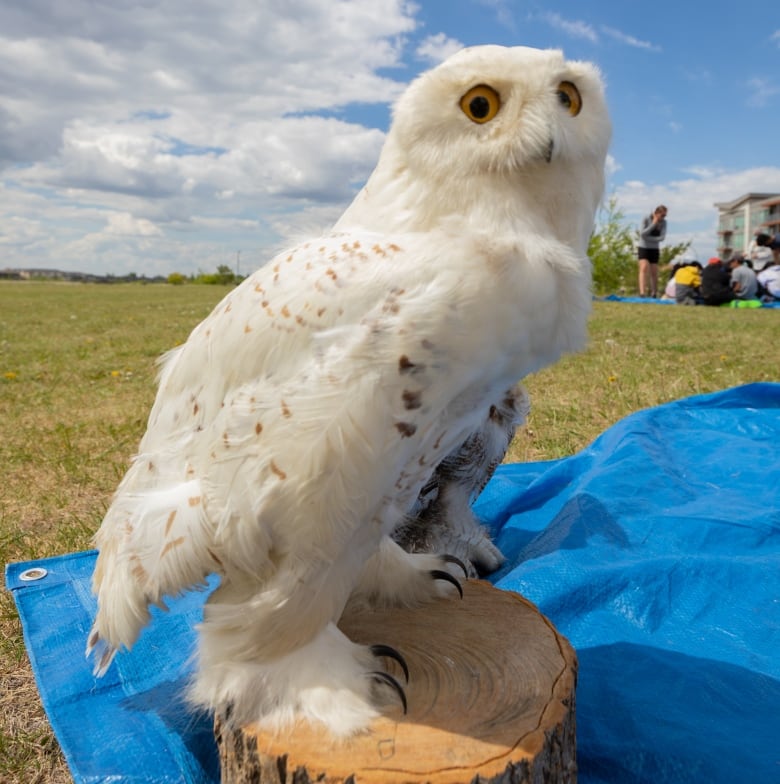 Students get a close-up look at nature, including this snowy owl. (Jordan Trask/Saskatoon Public Schools.)

Patel said it was an eye-opening experience to see how fast the ducks grew in a few short weeks.

“Their names are Luke and Leah, and we really got to study them from the time that they were babies and watch them make little transformations over a couple of weeks.”

Colette Bourgonje is only the second school in the province, and the first elementary school, to be designated a Wetland Centre of Excellence.

Hedman said the students have embraced learning about the nearby wetlands.

“I think they went above my expectations … when we would go for walks, the things they would notice about Hyde Park and the animals that they see and how we can be better at caring for them.

“As educators, we’re always looking for hands-on ways to engage our students in our lessons. And this is just one of those ways that we can do that to get the kids out in nature and get their hands, well, dirty.” Students at Colette Bourgonje School in Saskatoon’s Rosewood neighbourhood are able to learn about wetlands at nearby Hyde Park. (Jordan Trask/Saskatoon Public Schools)

Patel said it gives the students a chance to make a difference in the community.

“It’s a way for us to show and guide people, a way to take care of wetlands and how to benefit the environment.”

To celebrate the designation, representatives from Ducks Unlimited, the city and school board attended an assembly before going on a field trip to Hyde Park where they released the two ducklings.