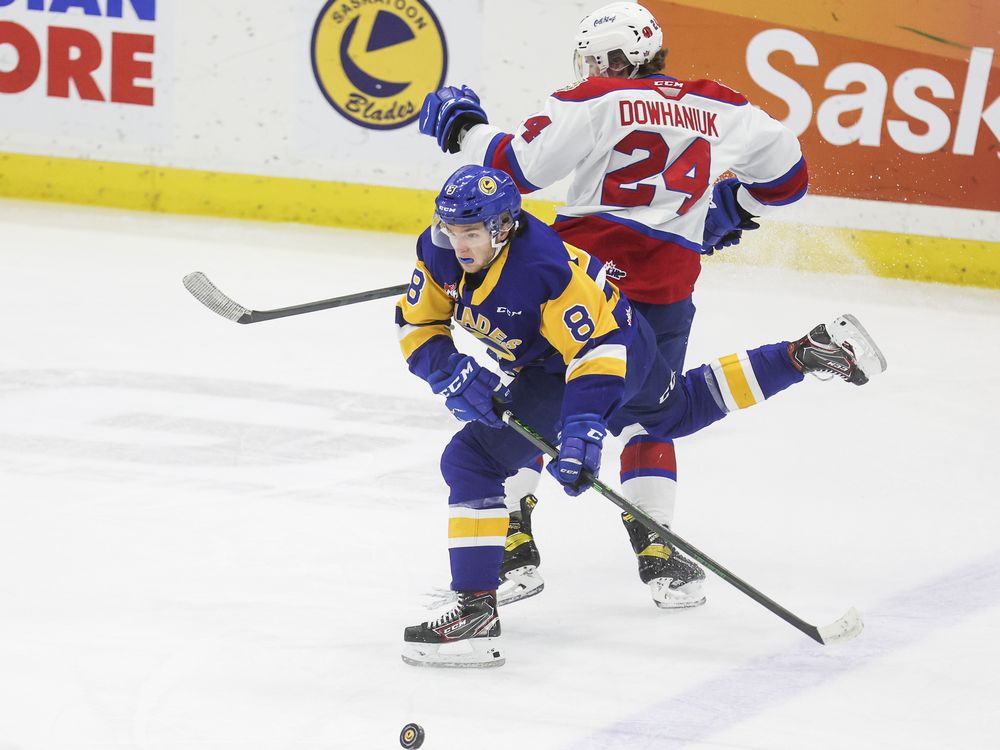 “It’s huge to get a win. We didn’t want to lose three games in a row.”

Tristen Robins notched the game-winner at 0:50 of overtime as the Saskatoon Blades mounted a successful late comeback Tuesday over the visiting Edmonton Oil Kings.

Brandon Lisowsky tallied twice during a span of 52 seconds, in the final five minutes of regulation, to send the game to OT before the Blades prevailed with a 4-3 victory in front of an announced crowd of 2,380 fans at SaskTel Centre.

Jayden Wiens, with a short-handed marker, also scored for Saskatoon, which trailed 2-0 after two periods and 3-1 until Lisowsky helped spark the comeback.

“There’s no quit in this team,” Lisowsky told Blades play-by-play announcer Les Lazaruk. “We found our game today. It’s huge to get a win. We didn’t want to lose three games in a row.”

With Tuesday’s win, Saskatoon snapped a two-game losing skid and improved its Western Hockey League record this season to 10-4-1-0.

Nolan Maier made 29 saves for the win.

BLADE BITS: The Blades now hit the road for nine straight games, including three this coming weekend. The Blades will visit the Brandon Wheat Kings on Friday before playing the first-place Winnipeg Ice for back-to-back games Saturday and Sunday … The Blades won’t return to SaskTel Centre for games until a month from now. Next action at home is Friday, Dec. 10 against the Calgary Hitmen.