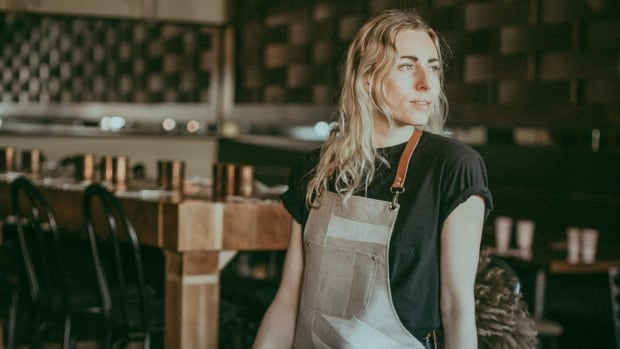 While Christie Peters was growing her cooking career, international chefs were skyrocketing to fame by looking with wonder at the unique world around them.

Scandinavian chefs like Magnus Nilsson of Sweden and Rene Redzepi of Denmark were scouring their landscapes in search of hyper-local delicacies and turning to ancient food ways, like fermentation. Hungry food lovers were lapping it up.

Peters woke up to the idea that she could apply the same sense of discovery to her own corner of the globe.

“Saskatchewan and the prairies are like a wild west that is completely undiscovered by the rest of the world,” she says, “The potential is incredible.”

A beautiful symbiosis exists between Peters and her home province. She and the food scene in Saskatchewan are full of youthful promise.

“We’re just discovering ourselves, and that’s exciting,” she says.

While working as a hostess in her early teens, she settled on the idea that restaurant ownership was in her future. But her true calling emerged with time in the business. “In restaurants, the power really comes from the food in the kitchen,” says Peters.

Crafting an extraordinary career was top priority. She left her hometown of Saskatoon — knowing she’d return — and set out on an informal apprenticeship, building skill working with celebrity chefs.

She brought with her a stunning sense of self-confidence and singleness of purpose. “I’ve always been determined and wanted to be famous,” she says, “I know that I’m different than most cooks and I felt special in the kitchen.”

For seven years she lived a nomadic life, working with chefs around the world, starting in Rob Feenie’s kitchen in Vancouver, then Daniel Patterson’s Coi restaurant in San Francisco and finally with Gert Jan Hageman at Restaurant De Kas in Amsterdam.

While in Europe, an idea took root in Peters: a garden would be an essential part of her future restaurant. It would bind her to the agricultural rhythms of the province and her vegetable-focused cooking would reflect the seasonal nuances of the prairies.

The breadbasket of the world

Back in Canada, one of her first restaurant hires was horticulturist Lisa Taylor of Biodivercity Farms. The pair would create urban permaculture gardens to supply the restaurant.

In 2011, at 27 years old, Peters opened The Hollows in Saskatoon with chef and partner Kyle Michaels. She chose a budget-friendly turnkey operation — an old abandoned Chinese restaurant — and is happy coexisting with its former identity.

Living in the breadbasket of the world, it made sense to us.– Christie Peters

“It was an amazing time capsule from the 60s,” she says, “We just started paying rent and cleaned everything up.” Three years later the pair opened a second restaurant, Primal Pasta, creating a menu tied to the wheat crop synonymous with the prairies.

“Living in the breadbasket of the world, it made sense to us,” she says. 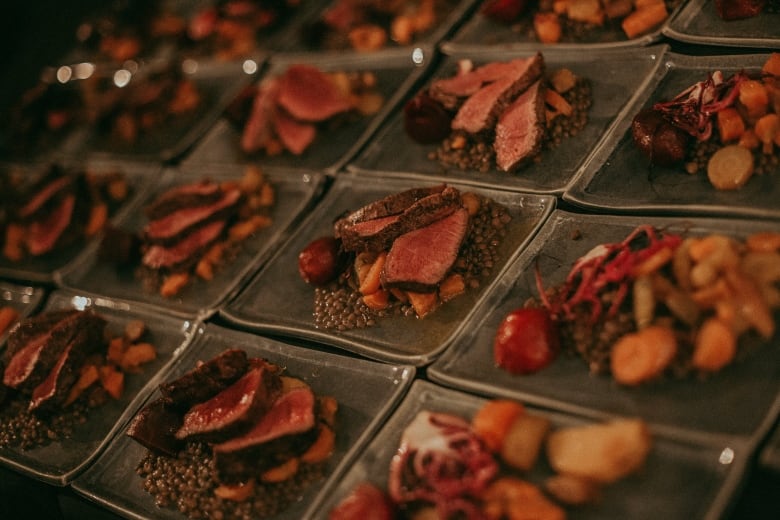 At The Hollows, she preserves foraged ingredients like wild rose petals and crab apples. Wild sorrel is strewn over butter poached walleye for its bright hit of acidity. Cabbage from the garden is shaved and fermented for sauerkraut in the winter. In the spring, tender dandelions are coated in tempura batter and fried to a shattering crispness.

Last week, Peters was one of five chefs cooking for the Prairie Grid Dinner Series. Traveling to four cities between Edmonton and Winnipeg, seducing locals and visitors with the unique flavours of Canada’s fertile heartland.

“Having peers who understand the harsh climate we all work with is really cool,” she says, “The community building with other chefs is so important.”

Peters is also charting new territory in her relationship with Kyle Micheal, her life and business partner. She’s the restaurant’s executive chef, claiming her stake as visionary and boss — and for a good reason.

I can’t do anything without feeling a connection.– Christie Peters

Professional cooking is so skewed in favour of male chefs that it would be easy to overlook her.

“People will defer to him even when I’m standing right there,” she says. Michaels agreed to put her first — if there’s a spotlight shining in their direction, she’s the one standing in it.

Her future is bright in Saskatoon and carrying the message of her province’s delicious potential gives her purpose.

“I can’t do anything without feeling a connection, and it meant a lot to me to go back to my friends, family and grandma,” she says, “It would feel empty to do it in any other place.”